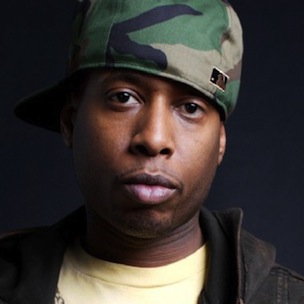 Leading up to this weekend’s celebration of late Hip Hop producer J Dilla at New York City’s Webster Hall, Talib Kweli stopped by the Juan Epstein show to talk about Jay Dee’s life and career as well a shift in New York’s Hip Hop scene in the early 1990s.

“Rest in peace to J Dilla,” he said. “Shout out to Ma Dukes. We celebrating the life of Dilla at Webster Hall.” A NY Loves Dilla dedication concert is scheduled to take place at Webster Hall in Manhatta on March 23. Alongside Talib Kweli, who is slated to headline the show, Dilla’s mother Ma Dukes will host the event and artists like YC the Cynic, Phony Ppl, and DJ Parler are set to perform.

Describing the beatmaker’s eclectic production, Talib compared his work ethic to that portrayed in a recent documentary film. “I like all that,” he said. “He got songs about strip clubs, about Jeeps, he’s Detroit, about wearing gators and furs, he’s a Detroit dude. He’s like the Hip Hop version of that documentary A Band Called Death. Ya’ll gotta check that out, it’s about someone being so visionary that they don’t have time for nothing else, all they have time for is their music.”

Later in the interview, when the topic of famed New York deejay Funkmaster Flex came up, Kweli recalled a shift in the type of music that received attention on the city’s airwaves in the early ‘90s. “I think Flex has always, through the years, been very in tune with the type of clubs and stuff that he deejays at,” he said. “Last night I was talking [about it], I was talking about working at Stress back in the day and bringing Flex ‘93 ‘Til Infinity,’ but right at the time when Bad Boy was starting to take over the charts, right at the time when the music in New York that was being played on the radio was now about going to the nightclub as opposed to being about Hip Hop. When I first started working with Jessica, Flex was playing Gang Starr, Tribe Called Quest, De La Soul records, Nice & Smooth, on the radio. That was what was cracking in the clubs, I would go into the clubs, that was what was cracking. Then it shifted to being less about, you know, ‘I smoke blunts and listen to Hip Hop,’ and more about ‘I pop champagne and I’m a player.’ I remember that summer, ‘How About Some Hardcore‘ dropping, by M.O.P., and Flex not liking that record. And I remember listening to Hot 97 ten or fifteen years later and him saying on the air, ‘You know what, I slept on this record. I slept on this record.’ ‘How About Some Hardcore’ is not ‘Ante Up,’ but ‘How About Some Hardcore,’ the impact it had when it first came out, we had never heard nothing like that. But it was an underground record. At that time it was starting to be like, ‘Okay, now we popping bottles,’ and ‘How About Some Hardcore’ was them Brooklyn dudes that you didn’t wanna let in the club.”

At the end of the sitdown, Kweli detailed the release of his latest album. “Gravitas. Make sure ya’ll got that,” he said. “It came out in December digitally…we shot a video for ‘Rare Portrait,’ we shot a video for ‘Violations’ with Raekwon,..I did a deal with Fat Beats, the demand for the physical was there so we have CD’s.”