50 Cent posted a photo montage on Instagram yesterday (March 2) that features a photo of Steve Stoute putting his arm around Diddy and Diddy face-to-face with Rick Ross, according to TMZ.

“I ain’t saying nothing, but something ain’t right. Lmao,” 50 Cent said on his post, which has since been removed. A screen shot is below.

A beef between 50 Cent and Rick Ross, whose forthcoming Mastermind album is executive produced by Diddy, surfaced in 2009 over what was allegedly an indirect encounter at the BET Awards. The conflict led to the release of parody videos and diss records.

In a 2011 interview with MTV News, 50 Cent stated that his beef with Ross was more of a battle than a beef.

“Over time, if you personalize everything that is said in each competition,” he said at the time. “This is why they changed the terminology from ‘battling’ to ‘beefing.’ It was always that battling was a part of the culture. They didn’t do that until Tupac and Biggie Smalls’ situation. That’s when it became taboo to actually mention an artist’s name.”

Last week, Stoute said that 50 Cent is no longer influential because he believes the musician hasn’t released a hit record since 2007’s “I Get Money.” 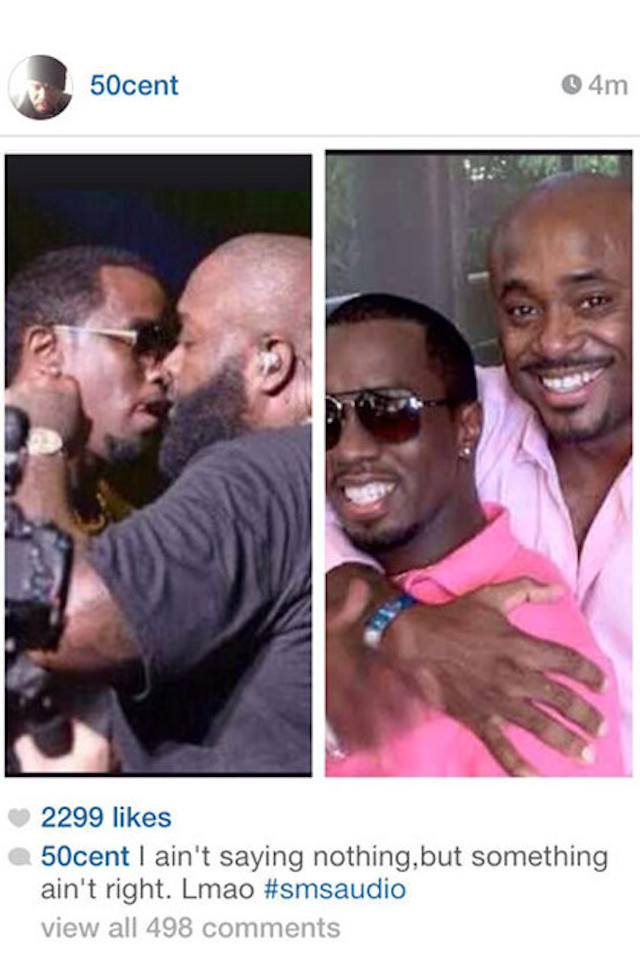