Target has announced that its deluxe edition of ScHoolboy Q’s Oxymoron album features two exclusive tracks, according to the retail chain’s website.

The two tracks are not identified, however. “Collard Greens” featuring Kendrick Lamar and “Man Of The Year” are slated to appear on the Target version, according to an image of the album cover on the site, which is below.

Oxymoron is slated to feature Jay Rock, Kendrick Lamar, 2 Chainz, Tyler, the Creator and Kurupt, among others. The tracklist can be found below, as reported by Complex. 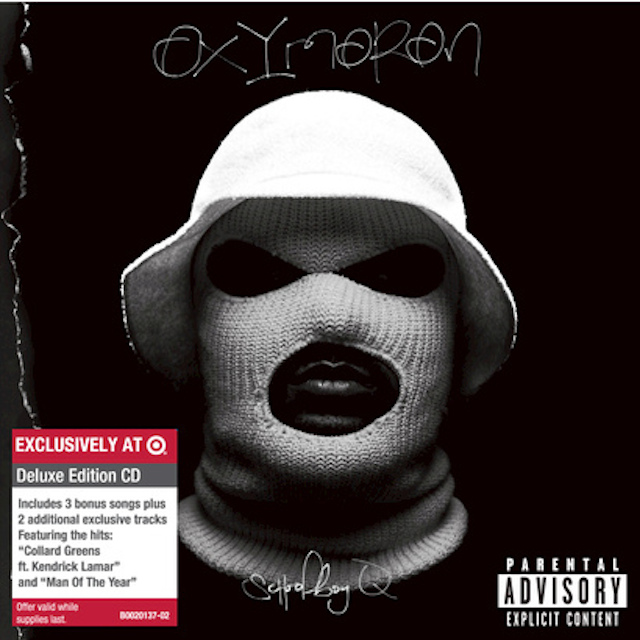 UPDATE: ScHoolboy Q says that people should “go to target” if they want to get the version of Oxymoron that includes “Californication,” which also features A$AP Rocky.

The TDE rapper’s tweet today (February 21) about the song is as follows.

“@talebz16: Why Californication is not in the album ? @ScHoolBoyQ”>>> go to target