“10 years ago today Kanye released his 1st album The College Dropout! This was a game changer! Could only imagine what you were thinking and feeling today 10 years ago! Happy anniversary to the best producer/artist over the past decade!!!! Can’t wait for the next 10 years! Gonna be listening to this album all day. #TheCollegeDropout #ChangedHipHop,” Kardashian said in an Instagram post caption.

Kardashian posted a photograph of West and a The College Dropout-themed cake with candles on it. “Ya you know what this is….it’s a celebration bitchessss” #TheCollegeDropoutDinner,” Kardashian said in the post.

“Ten years ago today we finally released what had been my life’s work up to that point: The College Dropout,” he said. “I say ‘finally’ because it was a long road, a constant struggle, and a true labor of love to not only convince my peers and the public that I could be an artist, but to actually get that art out for the world to hear. I am extremely grateful to each and every person along that road who helped, lent an ear, lent their voice, gave of their heart to that project, and to all the projects that followed, and are to come. I am honored and humbled by my fans, for the unwavering support and love over the past 10 years. I wake up every day trying to give something back to you that you can rock to and be proud of.” 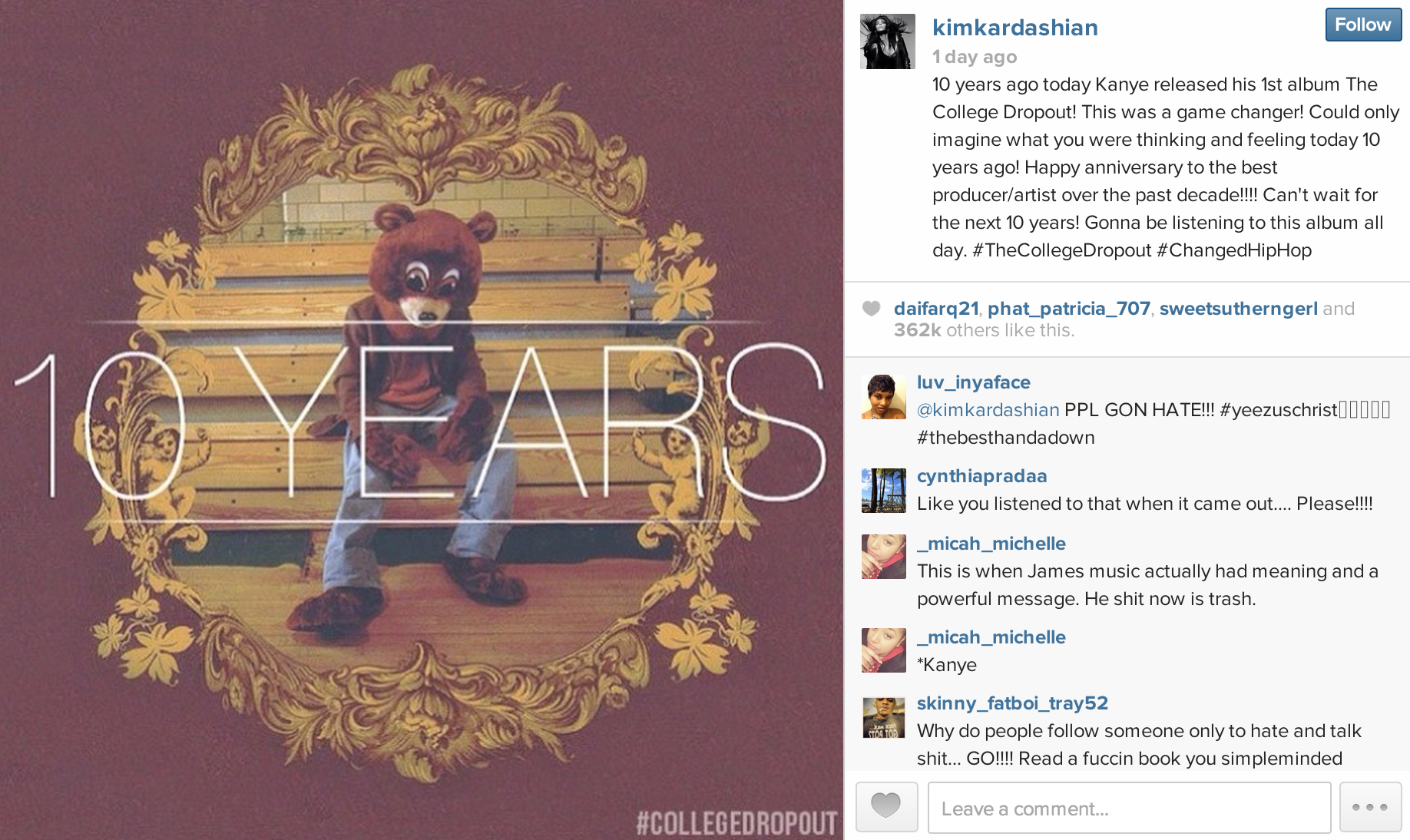 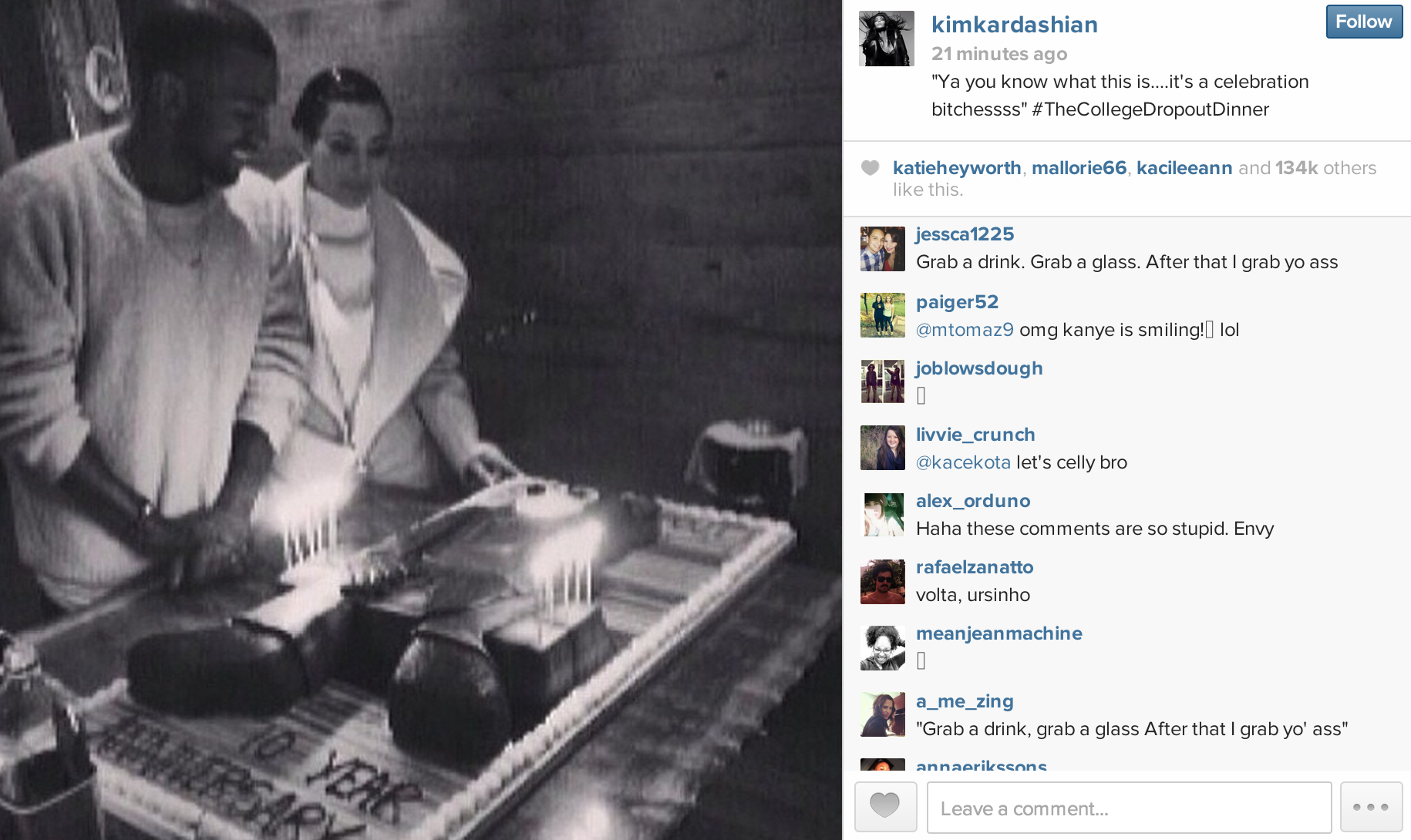