Kanye West Discusses "The College Dropout" On Its 10-Year Anniversary

“Ten years ago today we finally released what had been my life’s work up to that point: The College Dropout,” he says. “I say ‘finally’ because it was a long road, a constant struggle, and a true labor of love to not only convince my peers and the public that I could be an artist, but to actually get that art out for the world to hear. I am extremely grateful to each and every person along that road who helped, lent an ear, lent their voice, gave of their heart to that project, and to all the projects that followed, and are to come. I am honored and humbled by my fans, for the unwavering support and love over the past 10 years. I wake up every day trying to give something back to you that you can rock to and be proud of.”

Despite the years that have passed, West says he remains true to the person that he was when he crafted the debut.

“Ten years later I am still the same kid from Chicago, still dreaming out loud, still banging on the door,” West said. “The doors may be heavier, but I promise you we will break them.” 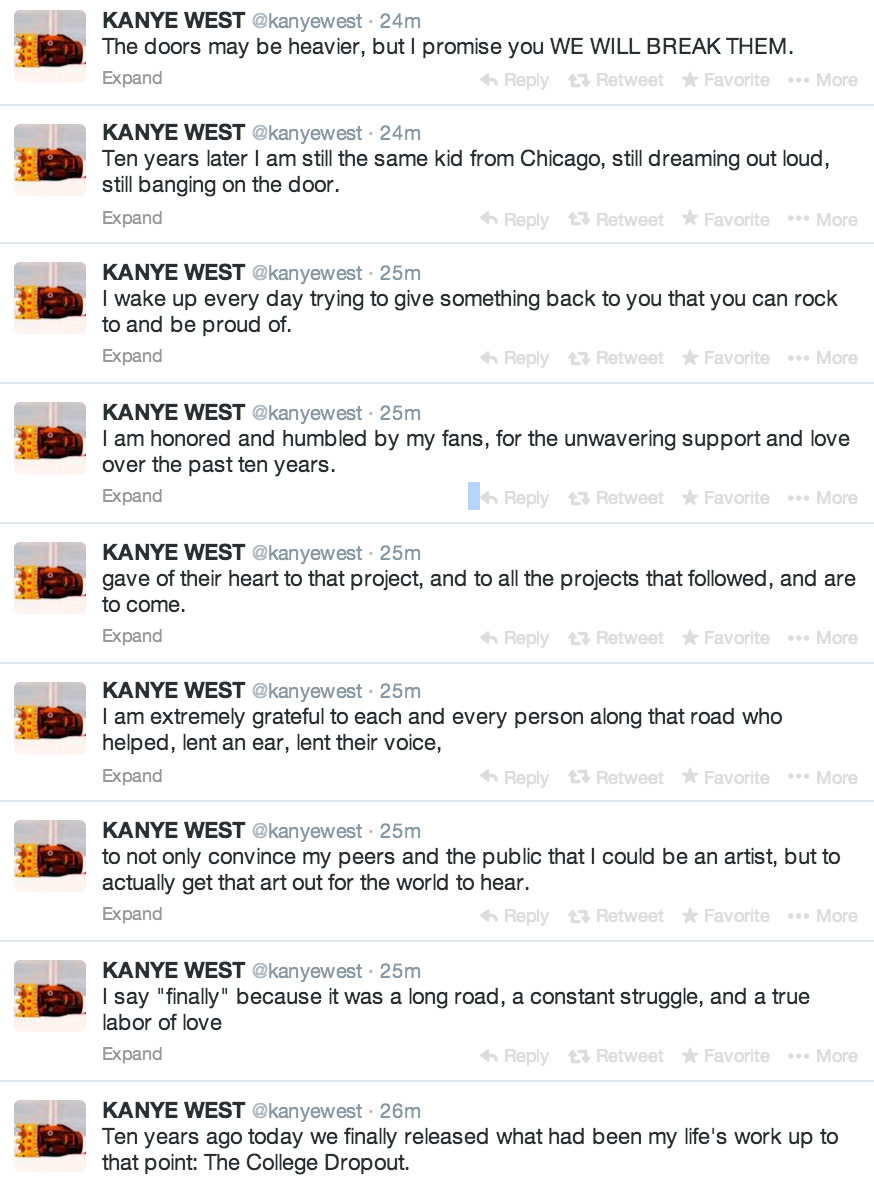