DOOM has released a limited-edition series of custom rings.

Designed by DOOM, the rings are made of polished stainless steel and feature DOOM’s trademark mask design, an engraved logo and an inset garnet stone, according to nature-sounds.net.

The limited-edition rings are available in various sizes. They can be ordered at nature-sounds.net.

The former MF Doom, who is also part of Clarks’ Originals Pioneers 2014 campaign, released part of a preview video and mini-documentary in conjunction with the footwear and apparel company to announce his partnership with them.

“Only rich cats had these back in the day,” DOOM says in Clarks’ mini-documentary regarding his shoes, which are slated to be released March 13. “They always had a classy yet casual look to them. I was trying to think, ‘What can I add with a Metal Face touch to it without taking away from that feel?’ So we added the reflective piping to the laces, stitching around, a couple little insignias, but it’s still the original joint.”

Photos of the DOOM rings are as follows: 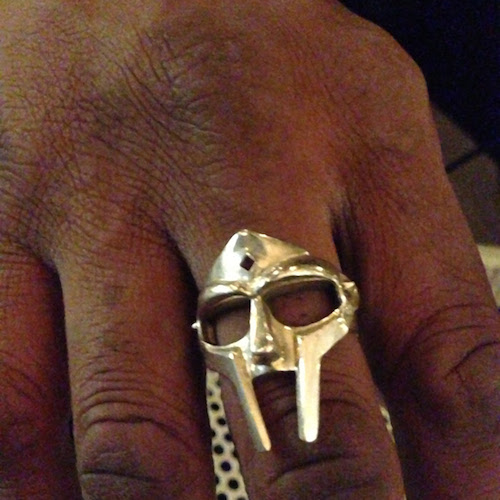 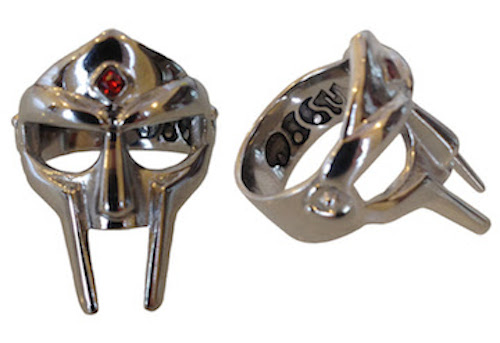