Yelawolf Says He "Confronted" Macklemore, Called Him A "Fan" Yelawolf recently said he confronted Macklemore. This reportedly took place during the Osheaga Music Festival held in Montreal, Canada over the weekend.

The reported confrontation happened after a fan approached him wearing a Macklemore t-shirt, Yelawolf said in an Instagram post. Yela also said that Macklemore is “a fan obviously,” and asked his supporters to call it out if they see anyone else wearing the shirt. The Instagram post caption can be seen below, followed by the image.

The Instagram picture of the fan shirt can be seen below.

In the post above, Yelawolf says, “That’s our shit.” He was likely referring to the deer design on the shirt. Yela has used a deer in his merchandise designs also. A picture of an example can be seen below. 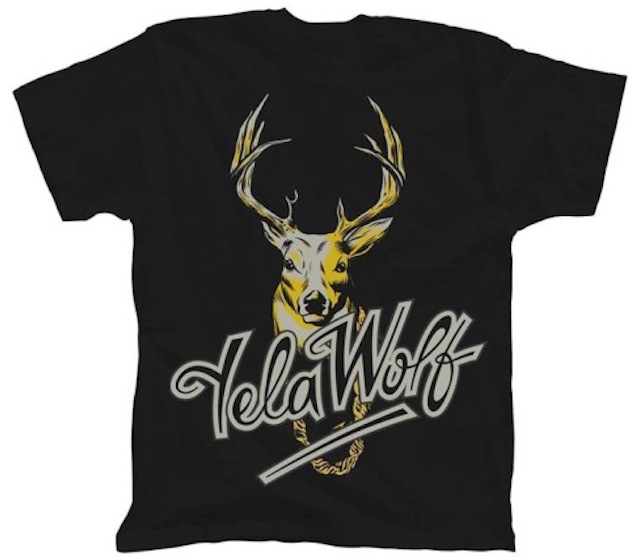 Macklemore has yet to respond to these reports publicly.

This wouldn’t be the first time Yelawolf has had an issue with a fellow rapper. In November 2011, there seemed to be a feud between Yelawolf and Machine Gun Kelly.

“He’s being sensitive,” Yelawolf said of Kelly at the time. “He thinks I’m talking about him [when I’m not]. The best thing that he could do is if he has a problem or if he has something he needs to say to me, just say my name, dog. This is Hip Hop, if you’ve got something you want to rap about, just rap about it. At the end of the day – this is the God’s honest truth, on the Bible – I haven’t heard any of his songs…just because a rapper is White, I don’t feel the need to attack them; part of my crew is White rappers…that’s not at all my aim…at the end of the day, it could all be boiled down to records…put it on wax…Machine Gun Kelly, if [you] want it, come get it. Drop your verse, do whatever you want to [do]. If you want to take it there, we can take it there – and that goes for anybody else, too. If you’re feeling froggy, jump mothafucka.”