Machine Gun Kelly popped off at the mouth about Yelawolf at the BET Awards 2012 last weekend, calling him an “old man” and reigniting their supposed feud. But during an interview with Karen Civil, MGK sings a different tune about the Shady Records rapper, stating that they bumped into each other shortly after he made those comments and that everything is cool now.

“A lot of people don’t know this, but I left the interview when I was at Long Beach and I saw Yelawolf walk past. I thought there were all these things being thrown in the air and I’ far from a punk and I’m definitely not a sucker and I’m definitely not going to sit there and let the awkward ‘we know we’re both in the same space, eyes going and shit’ so I went up to say what was going on and we talked it out and I thought shit was cool. As far as I’m concerned motherfucker, unless you’re fuckin’ Jay-Z status or Eminem status or anyone else to where dissing you would make my career fucking go like this, then I should save you a champagne bottle.”

Watch the full interview below, where he also discusses the aftermath of putting Interscope Records on blast. 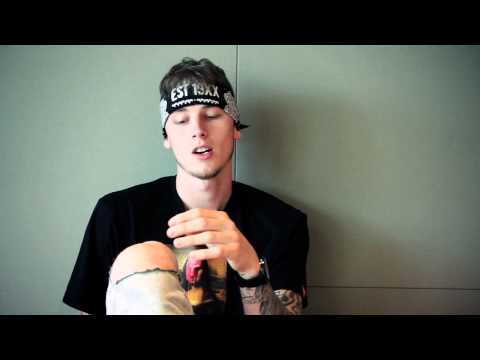