Nature Sounds Records recently announced that R.A. The Rugged Man’s fans can pre-order a limited-edition Legends Never Die cassette tape with a bonus track titled “It’s Gone.” The effort is a companion to R.A.’s April sophomore LP, which debuted on the Top 200.

The Long Island, New York-based emcee/author decided to make the color of the cassette tape “Agent Orange” because it has a connection to his family history. R.A.’s father Staff Sgt. John A. Thorburn was infamously exposed to Agent Orange in Vietnam, causing two of his siblings to be born physically impaired. R.A. The Rugged Man conveyed this story on his track “Uncommon Valor”, a record that was awarded The Source’s prestigious “Hip Hop Quotable.” 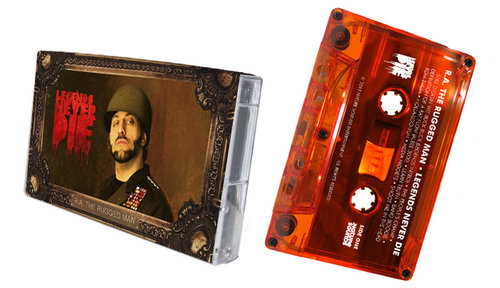 Not only will R.A. be taking older Hip Hop fans back with a cassette version of his latest album, the New Yorker is treating one lucky fan to an autographed Legends Never Die cassette carrying case. The first 50 people to order the tape edition of his album will automatically be entered to win the grand prize, which also includes a Legends Never Die military hat. 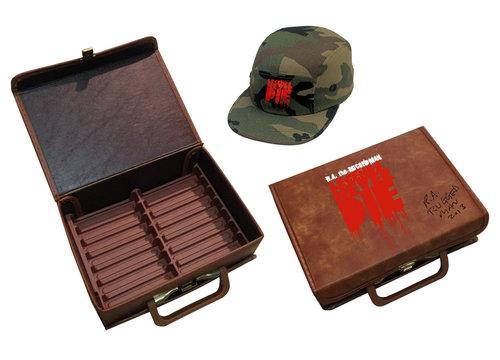 R.A. The Rugged Man’s LP Legends Never Die debuted at #1 on the Billboard Heatseekers chart and features the likes of Tech N9ne, Hopsin, Brother Ali, Talib Kweli, Vinnie Paz, Masta Ace, Krizz Kaliko, Sadat X, Eamon, and more. He is currently on a Canadian tour, today (July 18) he is hitting up the Rehab Nightclub in London, England. You can pre-order the Legends Never Die cassette on Nature Sounds website.