Kevin Durant, the star forward of the Oklahoma City Thunder, says that he viewed the move to Jay-Z and Roc Nation Sports for his representation as a prudent choice. “It just seemed like a perfect move to me, something that there’s no risk in doing,” Durant says during a “SportsCenter” interview. “Jay-Z is a guy that’s well-respected in the business area, a guy that has done so well for himself and his brand. I’m looking forward to partnering with him and learning as much as I can from him.”

Durant announced his signing to to Roc Nation Sports June 24 and posted a photo on his Instagram account of Jay-Z signing a contract as he looked on. 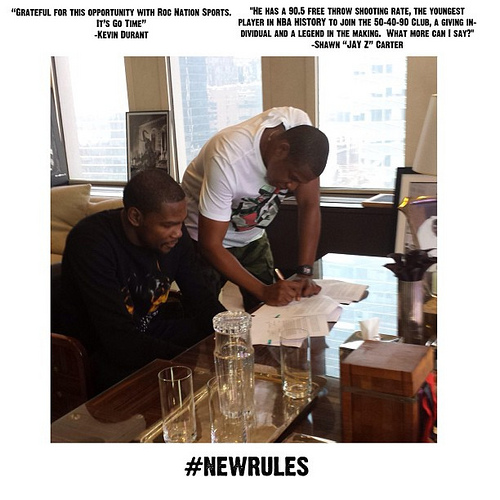