Jay-Z is now licensed to be an NBA and MLB agent, according to multiple reports. Hov may not be able to sign any NBA players to his Roc Nation Sports agency immediately, though, because as of yesterday (June 19) he has yet to sell his minority stake in the NBA franchise the Brooklyn Nets, according to reports.

Kevin Durant told people in his inner circle earlier this month that he planned to sign with Roc Nation Sports, though the Oklahoma City Thunder forward has not commented publicly on his plans to sign with new representation.

MLB Players Association spokesman Greg Bouris said that Jay-Z is also now licensed as an MLB agent, according to ESPN.com. Roc Nation Sports signed New York Yankees second baseman Robinson Cano in April, but had to partner with Creative Artists Agency to negotiate Cano’s contract because, at the time, Roc Nation Sports did not have an MLB agent in house.

Even though Roc Nation Sports has signed New York Jets quarterback Geno Smith, Jay-Z is not a certified agent with the NFL. Yesterday (June 19), the NFL Players Association met with Kim Miale, Roc Nation Sports’ NFL agent, about the extent to which Jay-Z was involved in signing Smith, according to ESPN.com. Smith posted a picture of himself with Jay-Z on Instagram during his agent recruitment process and an NFL rule prohibits agents from having colleagues or friends who aren’t NFLPA-certified agents present for recruiting meetings. The outcome of the meeting has yet to be made public. 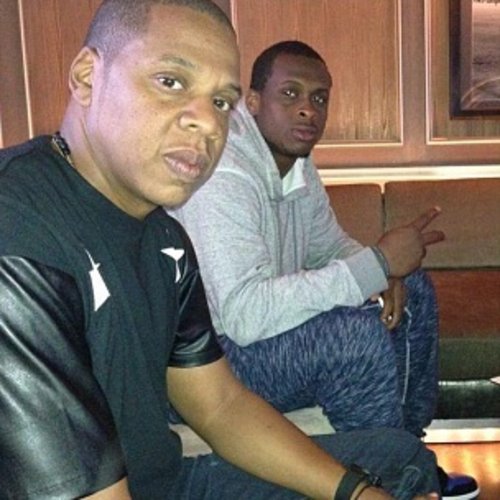 Beyond his work as a sports agent, Jay-Z will also be releasing his Magna Carta Holy Grail album July 4. He announced the project Sunday (June 16) during halftime of Game 5 of the NBA Finals.