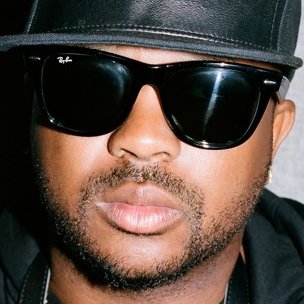 The-Dream released his IV Play album Tuesday (May 28), the fourth studio collection from the singer-songwriter-producer. Like his previous efforts, the sex-heavy collection focuses on his interaction with females.

The-Dream has worked extensively with women throughout his career and features Beyonce on IV Play track “Turnt” and Kelly Rowland on the set’s “Where Have You Been,” but it’s a another female singer that does his tracks the most “justice,” The-Dream says in an interview with VMan magazine. “As far as my whole sound, my tone and melodicness, I’d probably have to say Rihanna,” The-Dream says in the interview. “It’s…because our tones are so similar—from a sonic standpoint.”

The-Dream has worked extensively with Rihanna, co-writing her smash single “Umbrella” and producing the “Birthday Cake” remix, among other tracks.

For an artist who spends so much time discussing and working with women, The-Dream says that many women don’t see themselves in the same way that he does. “My idea of a woman is probably bigger than the idea that they’d have themselves,” The-Dream says. “You could never think you’re as pretty as I have you in my mind. You have no idea what shoe to wear like I do. You have no idea what dress to put on…I do.”