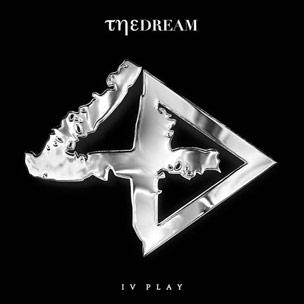 While Terius Nash has gained more acclaim through his work for other Pop starlets, his track record as The-Dream has had its share of successes in another manner. A descendent of R. Kelly’s unabashed musings matched with the slick undertones of Prince, Dream encapsulates a lascivious style that has been present since Love Hate, and even more so now with his latest offering IV Play. The perverted title tells only half the story, as the other half stays in between the sheets.

The-Dream rarely minces words when articulating his desires, with the playfully triumphant “Michael” personifying his thirst for a quick romp in the bed, singing, “I want to hold that / He want to control that / I just want to console that / Over the weekend.” Equally impressive is the title-track, which situates itself as a picturesque breakdown behind his intent. As the sensual melody lays the groundwork for late-night theatrics, Dream utilizes his full vocal register for a performance that will undoubtedly find the repeat button. His charismatic allure on “Equestrian” yields a new meaning to the word, and calling The-Dream a savant on the subject of sex wouldn’t be much of a stretch considering his demeanor on these records.

In that respect, seeing him break tradition by cluttering his fleshly message with an extended guest list is a decision that suggests an adjustment for optimizing his blog presence rather than a casting call for quality. The pedestrian verses bookended by Big Sean and Pusha T mixed in with uncouth verbiage becomes negligent (“I got my left hand on that booty / Got my right hand on that pussy…”), while “Turnt” doesn’t fare much better as Dream’s modulated vocals take a backseat to Beyonce’s opening salvo. With its simplistic bounce and a supply of weed and women to match Jay-Z’s nonchalant rhymes, even “High Art” fails to satisfy beyond its initial audible ingression. To his credit, none of these features come unexpected, as he’s collaborated with each artist to varying degrees of success, but they ultimately become a musical detraction.

One instance in which The-Dream does sound sharpened by his collaborator is “Where Have You Been,” with Kelly Rowland fittingly playing his co-conspirator in finding love after the fact. Pledging his heart with a cry for reciprocity, he sings, “Found it inevitable / That I would never find love / Now that I found true love / I’m never giving it up.” Not every cut is heavy with explicit talk, either, as “Self-Conscious” warmly details Dream’s commitment (“Girl forget about the world whenever you’re with me / If you swear to never front, I swear I’ll never leave”). The sincerity is genuine, though the Auto-tune could have been discarded.

Notwithstanding a couple musical blemishes, IV Play diligently continues The-Dream’s tenure as one of the premier acts in R&B. A crop of new-age crooners have recently grabbed a substantial share of the genre’s spotlight. However, until they prove themselves to be permanent fixtures, The-Dream should have little trouble preserving his position as the “Love King.”