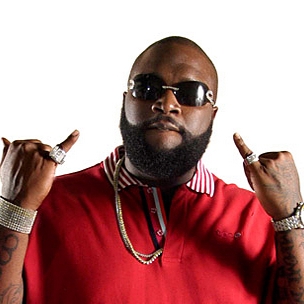 While promoting Maybach Music Group’s Self Made 2, Rick Ross recently spoke on the new mixtape. Ross was asked to share his thoughts specifically on “Power Circle,” a song that features Kendrick Lamar. Ricky took this moment to praise the Compton emcee.

“I wanted to hear all the emcees on the team, which really represent all sides of the map,” he explained in an interview with the LA Leakers. “The only thing missing was L.A. so I reached out to the homie Kendrick. He delivered as usual so it made a complete power circle.”

Ross was also asked about the shout out that he opens up with on “Power Circle,” a short shout out to Michael Jackson.
“He was the biggest ever,” Ross explained. “For music in general, I think homie was something real special. I really felt like if he was here today, he may smoke some with us.”