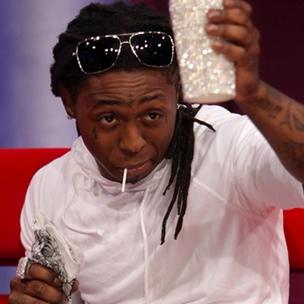 This week was a short one, considering Monday was a holiday. That didn’t stop some big names from dropping some big songs this week. A lot of last week’s beef carried over into this week from the last, though, and that proved to be the winner. However, as May closed out this week and we welcomed June, we’re seeing a lot of artists come with their A-Game just in time for the Summer. That’s a good thing, and it shows the strong work ethic of rappers. While most of us are trying to slow down and have fun while the sun’s out, your favorite emcee is hard at work trying to craft another classic. Are there some future classics on the list this week? We’ll have to wait and see.

A Pusha T Diss Wins, So Does a Drake Diss…Again

We sat in the middle of a Rap war these past two weeks. Last week, Pusha T’s Drake diss “Exodus (23:1)” almost reached the top slot in Singles, losing out to Lupe Fiasco (who made #9 this week). Pusha grabbed the #3 spot, but at #1? Lil Wayne’s retaliatory diss to Pusha, “Goulish.” Hopefully this beef will dissolve quickly, but in the meantime at least some new music is coming out of it. Meanwhile, the King of beefing 50 Cent is still making a presence on the list, thanks to a handful of cuts from his mixtape The Lost Tape. Fif dropped “You a Killer? Cool” in at #2 this week, along with “Double Up” featuring Hayes at #10. Speaking of which, what’s up with Hayes’ project?

On June 5th, Big K.R.I.T. will release his long awaited debut Live From the Underground. For an artist with such consistent songs, it’s crazy that this is his “first” album. Either way, the leaks arrived, including the Ludacris assisted “What U Mean” at #6 and the help of Melanie Fiona on “If I Fall.” K.R.I.T. showed up again on one of Curren$y’s The Stoned Immaculate leaks, “Jet Life” along with Wiz Khalifa. 2 Chainz and Drake return with “No Lie” at #7, along with Childish Gambino’s surprising collaboration with Beck, “Silk Pillow” in at #5.