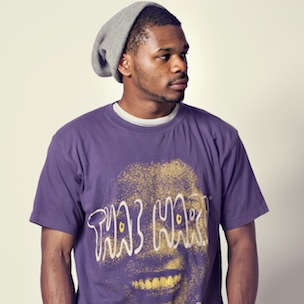 JYoung the General has been steady earning accolades from some of Hip Hop’s finest publications, including DX’s DXNext section. Now, the Detroit emcee is debuting his new name and giving fans a look at his new single.

According to a recent press release, JYoung the General has officially changed his rap pseudonym to his government name Jahshua Smith. He is also prepping the release of next single “Butt,” off his forthcoming LP The Final Season.

“The name change represents the ability to get people more in tune with me as an individual, and the music I make,” said Smith of his name change. “JYoung represents a part of me, but Jahshua Smith is who I am to the fullest. People will find the music familiar and catch on fast. It was time for a change.”

In other news, the Hip Hop Chess Federation is preparing to hold its annual end of the year “Live the Game” event for stsudents of John O’Connell High School this May 18 in San Francisco, CA. Now, according to a press release, rappers Mac Mall, Big Rich, DLabrie and entrepreneur Pablo Fuentes are slated to appear at the youth showcase.

“I’m always grateful for the time these artists and businessmen give to our students.” said founder of the Hip Hop Chess Federation Adisa Banjoko. “It’s an honor to have these guys in the building and share their wisdom. By fusing chess, art and life planning we have been able to inspire a lot of at-risk teens. Additionally, we are motivating educators to think out of the box on how to reach and teach young people of diverse backgrounds. Everybody is pretty excited.”

Check out more information about the event over at the HHCF’s website.

Finally, Hip Hop legend Kangol Kid of the storied group UTFO is being honored by the American Cancer Society. This May 17, the rapper will be celebrated at the Pink and Black Tie Gala in his native Brooklyn for his efforts to raise funds and awareness for breast cancer.

In May 2010, Kangol Kid’s business partner Shaunda Lumpkin lost her mother to a three year battle with breast cancer. Following the tragedy, Kangol and Lumpkin created the Mama Luke Foundation to raise awareness and money for breast cancer research.