The late Tupac Shakur is miraculously, 15 years after his tragic murder, still influencing the thoughts and actions of both his artistic contemporaries as well as his descendants, whether appearing in Kendrick Lamar’s dreams, as a hologram alongside Snoop Dogg at this year’s Coachella festival, or surfacing as the inspiration for the subject matter to the latest release from one of ‘Pac’s earliest mentees, Mac Mall.

Mall is admittedly channeling Tupac’s rage against the machine heard in “Holler If You Hear Me,” “White Man’z World” and countless other controversial cuts from the politically-charged side of ‘Pac’s discography for the Alex Jones introduced title-track to Mall’s just-released album, The Rebellion Against All There Is.

The Vallejo, California native, and one of the first voices heard by the Hip Hop masses when Mobb Music began making its way from the Bay Area and on to the national radar nearly 20 years ago, spoke to HipHopDX this past Thursday (April 12th) and elaborated on the inspiration he drew from Tupac, (as well as the motivation from the misdeeds of the powers that be), for his aural rebellion. E-40’s cousin and lifelong friend and eventual musical partner of Hyphy forefather Mac Dre concluded his discussion with DX by explaining how, had he lived, Tupac would have fit in to the Hyphy movement and additionally revealed through a story of his own on-set experience with the legendary rapper/actor how the now seemingly omnipresent ‘Pac would have surely had a future as a film director. 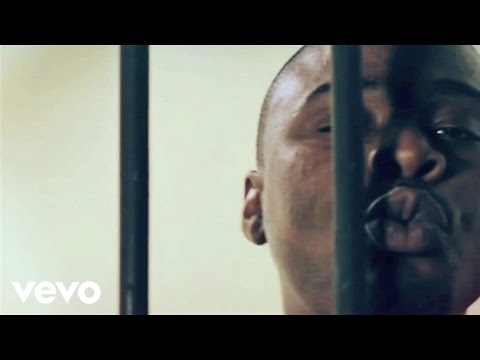 HipHopDX: We gotta kick this quick Q&A off by talking about your powerful new song and video, “The Rebellion Against All There Is.” Why did you decide to get on some old school, Paris-type political content?

Mac Mall: First and foremost, when I was growing up and I really got into Rap, that was the Rap that I kinda like leaned towards. Great artists like Public Enemy, Ice Cube, X-Clan, Paris like you said, and countless other cats, those were the artists that I leaned towards. You got that good music and you got to shake your butt but you also got a message and they taught you a lot. Like, Tupac taught me so much. Chuck D taught me so much.

When you look at today and you look out your window and you see these times that we living in you don’t hear none of that in the music. So I think that it was needed. I had to come like this also because I didn’t wanna be associated with that bullshit corporate Rap that they pushing in the minds of the youth now.

DX: You and Ray [Luv] really “set fire to the evil empire” something serious. Are you concerned at all though about the backlash you’re gonna get for your line, “Bush dropped bombs on babies in the Middle East/Never thought I’d see Obama” —

Mac Mall: — “Never thought I’d see Obama do the same thing.” I mean, man, they can’t do nothing to me that ain’t already been done or that I’m fuckin’ scared of.

Living out here in these streets that we living in, in these neighborhoods, what do we have to fear? We’re already up against it. And if you got eyes you can see that [President Barack] Obama is pushing the same line that [President George W.] Bush was.

All I’m doing is telling the truth. And I was always told that the truth will set me free.

DX: Can you elaborate just a bit though on why you think Obama is pushing the same line that Bush was?

Mac Mall: Because he’s of the same bloodline. He is just a chocolate-covered one.

We all got hype and we all got behind him but then with his [continuation of the] tax breaks for the rich and [his pledges to] bring the troops home – but there are still troops dying! So, just by the way he’s been [governing] since he’s been in the White House he has let me know that he’s pushing the same line as Bush. Obama has damn-near killed more people than Bush.

DX: Now, you have a quote from Mutulu Shakur at the end of the video, so I gather Tupac was really heavy on your mind as well when you wrote this song?

Mac Mall: Not only ‘Pac but just all of us, man. I see the emptiness in the eyes of the youngsters. I see how we just gave in and don’t give a fuck, and that’s like an attitude that we’re supposed to [embrace]. Fuck that! I do give a fuck about my brothers and sisters, and just people [in general]. Even though I’m Mac Mall, I’m not no preacher-type cat. I like to party with the best of ‘em, I like to hop in my whip and swing it and hang out at the spots and do my thing like everybody else, but it has gotten so bad that brothers like me who do [provide] true testimonies gotta get up and say something. They’re not listening to these liars out here, but we of the people so I have to get up and feel responsible to say something to my folks. We’re dying out here. 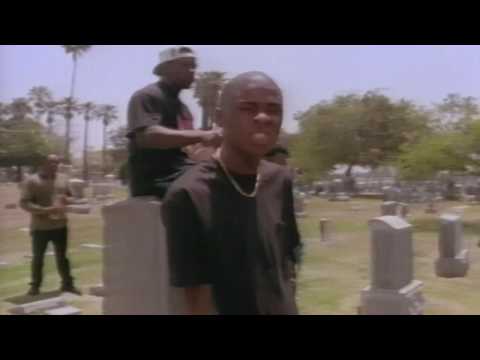 DX: Going way back, Tupac actually directed your first classic clip, “Ghetto Theme.” What was Tupac the director like, just a lot of yelling and cursing at you? [Laughs]

Mac Mall: Not at all. That is a special video to me, not only because Tupac directed it but because now when I look at that video there’s so many people [that were in it] that are gone.

But ‘Pac the director – I had a scene in that video where I had to lay in a casket, and that day I was just a little nervous about it. It was stressful for a 17-year-old. All this shit going on, they got big [camera] trucks and all these people there for me. I guess ‘Pac could sense that I was nervous. And at the time Tupac was going through hella court cases. He stayed on his cell phone…but he made time for me. So he saw that I was nervous and he pulled me to the side and he was like, “Yeah, you got a problem with the scene coming up, huh?” And I was like, “Yeah, a little bit.” He was like, “Man, don’t trip, bruh. I die in almost every movie that I’m in.” [Laughs] So he was like, “Man, all you gotta do is just think about your performance, think about how powerful it’s gonna be when other people see it.” And he just pumped me up to handle it and it ended up being a very powerful video that people from all over the world give me props on.

And speaking of that too, my mother was at that video. And my mother, she had never met ‘Pac until then. She had been kind of nervous because her teenage son was running around with the biggest rapper in the world. And all she ever saw was the news [footage] where he was spitting at the camera. So she was kind of nervous about that. And I remember when they finally got together [at the video shoot], we were all chillin’ in one of those big trucks and I just remember how ‘Pac pulled everybody in – To know him was to love him. And my mother, when she met him and started chopping it up with him she loved Tupac [instantly]. And she loves him to this day.

DX: Now, I know it’s not fair to speculate, but do you think ‘Pac would be disappointed at all to see the state of the Bay Area scene today?

Honestly, if ‘Pac was here why would we even wanna hear these dudes? We wouldn’t need to hear ‘em because we got ‘Pac. They wouldn’t have a life. They couldn’t come out the house.

DX: I was just curious when the Hyphy movement jumped off like, How would Tupac fit in to this? Could he have fit in?

Mac Mall: I think ‘Pac woulda fit in because he was so Bay Area. And I’m sure he still woulda been the biggest rapper in the world doing tracks with Mac Dre. Because, we all go back with each other. We all go back to when ‘Pac was running in “the jungle” [in Marin City]. Like, we knew each other and so ‘Pac woulda been rocking with Mac Dre while still doing his Tupac thing. ‘Pac was a chameleon. He could get in and fit in anywhere: Baltimore, New York, Santa Rosa, Marin, wherever. So he coulda got in and fit in to the Hyphy movement, definitely.

DX: Well, I can’t speak for him obviously, but I think he’d be proud of this new video you did and this new direction you’re going in.

Mac Mall: I hope that he would be happy because it all comes from him. It all comes from the type of stuff that we were raised on, that I needed at that time in my life. I needed those words of encouragement to get me through to manhood. So hopefully I’ll be giving a young brother or sister, of all colors, them words of encouragement or that good game that they need to get them to the next stage of life.