Rah Digga came out with her fists swinging on Friday (April 6th), releasing the diss track “The Nigga in Me”

that went at Tyler, The Creator and Fat Trel. She already patched up her issues with the Odd Future leader, and Fat Trel says that he doesn’t plan to take the situation further.

During an interview with Jae Murphy on WEDC Radio, the Washington, D.C. rapper said that he has no hard feelings towards Digga but that he stands by his initial line, “The bitch might be a nigga, for reala, she Rah Digga.”

“Like she said, it’s all sport. I respect her for what she did. I don’t respect her for comparing herself to MC Lyte, but it is what it is,” he said. “People diss me all the time. Everybody wants to diss Fat Trel when their mixtape is about to drop. I understand the hunger in these artists’ stomachs. But as far as responding, I don’t respond to no diss. The lines that I said in my intro was not a diss. It was the truth. She look like a nigga, the bitch might got an Adam’s apple. As far as her music, she’s not relevant to me and my city streets. My city don’t know no fuckin’ Rah Digga except, you talkin’ about the bitch who walked 100 miles to get the cheesecake? We compare that bitch to [Da Band’s] Babs, dog. Nigga, my city don’t know nothing about her. She’s irrelevant. She’s not supposed to be compared to MC Lyte, but it is what it is. I’m not going to diss her or talk shit about her. I don’t know her.”

Despite his flammable response to Digga’s diss, he insisted that it won’t go any further. “I’m not responding to her. I don’t do diss tracks at all. Period. Point blank.” 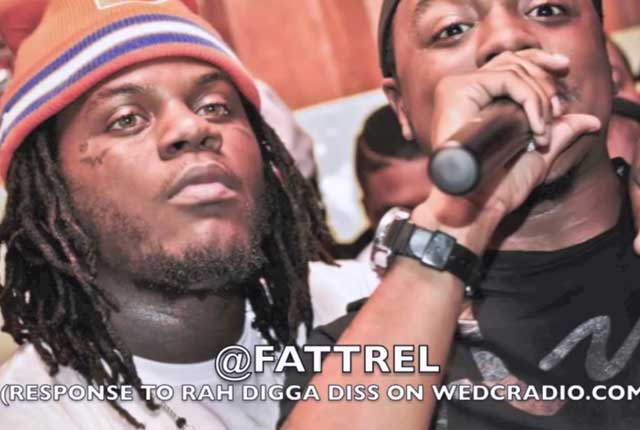 RELATED: Rah Digga Disses Tyler, The Creator & Fat Trel On “The Nigga In Me”