It’s the battle of the similarly-named emcees as Azealia Banks continues her criticism of Iggy Azalea.

In a recent interview with DJ Drama, T.I. defended his new artist, Iggy Azalea, from Banks’ barbs, which includes questioning Iggy’s use of the term “slave master” in her rhymes and her placement on the XXL Freshman Cover.

In the interview, Tip simply replied, “Strategically if she really cares about a freshmen cover maybe she could hope that, you know, she’ll suck enough to get shelved and then next year when the freshmen cover comes back around, maybe she’ll still be a freshman. Which brings me to my next philosophy, if you spend half of your day getting money and the other half of your day counting money, you ain’t got no time in your day to worry about nobody else.”

Banks, however, did not take kindly to T.I. jumping in to Iggy’s defense, taking to Twitter:

@AZEALIABANKS
♥ YUNG RAPUNXEL ♥ Come on T.I…. Niggas is not scared of u and whatever shit u got to say on some radio show.
Mar 10 via Twitter for iPhone Favorite Retweet Reply

@AZEALIABANKS
♥ YUNG RAPUNXEL ♥ @tip you corny for that one.
Mar 10 via Twitter for iPhone Favorite Retweet Reply

T.I.’s camp has yet to respond. Watch the DJ Drama interview below: 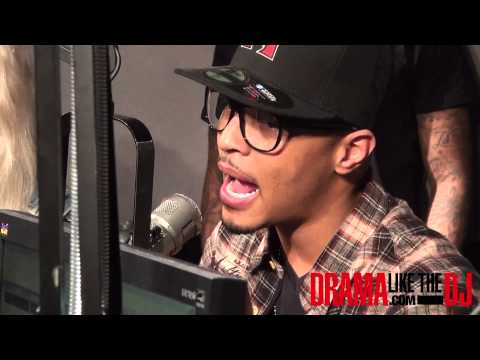