From FHM to Playboy, model and Hip Hop video vixen Vida Guerra has been featured in the pages of dozens of top-selling magazines. Now, Guerra is slated to cover Urban Ink magazine’s upcoming year-end issue.

According to a recent press release courtesy of Urban Ink, Guerra will cover the magazine’s year-end pin-up issue. The cover, which can been seen in full below, features Guerra in done up in body paint, a la traditional “Day of the Dead” garb.

Vida Guerra has been featured in a number of Hip Hop music videos over the years, including Kanye West’s “The New Work Out Plan” and Nelly and Diddy’s “Shake Ya Tailfeather.” Guerra was also the target of rapper Game’s ire in his ’07 song “Wouldn’t Get Far.” 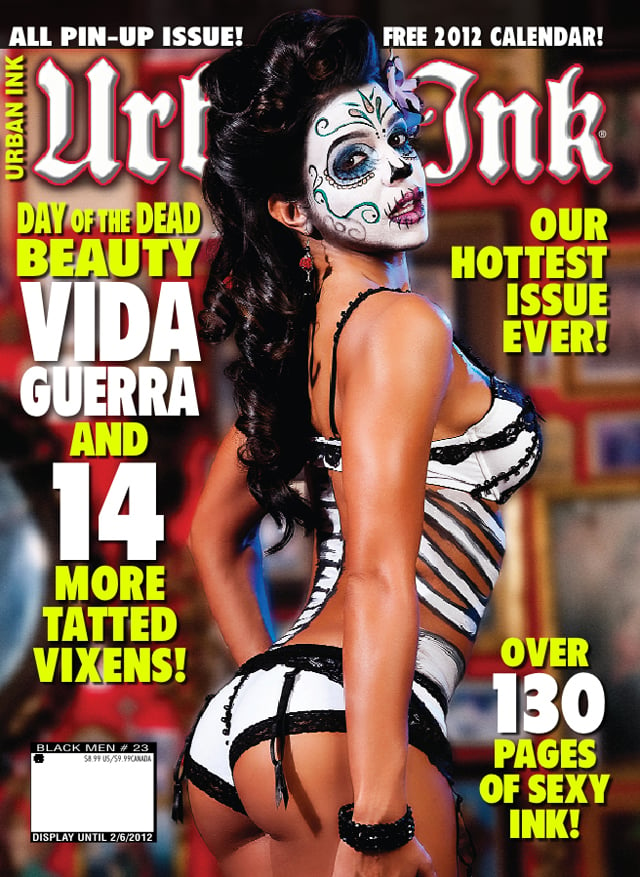