Even though it’s been only three months since his release from prison, T.I. has been quickly building steam with interviews and new music releases. Now, in a recent interview with Vibe, the King of the South talks about how prison has affected his music writing process.

According to T.I., the duress he endured in prison nearly killed his ability to properly write music. He explained that although he was able to come up with individual lines and hooks, but it wasn’t until he was able to leave that he could create a complete song. Now that he’s out, however, Tip says that he’s back and better than ever.

“I will say this, when you are in circumstances like that the creative process, it all derives from your inner spirit,” Tip explained. “When you’re in a circumstance like that where certain parts of you have been stripped away, it kind of kills a piece of your spirit. So it makes the creative process a little more difficult. I could write down ideas. I might have some thoughts on word play. I might have a few punchlines. I might have a idea of hook. But it’s not until I get my back into my life and I get back into my element that I can fully create. And be 110% again, which I am now.” 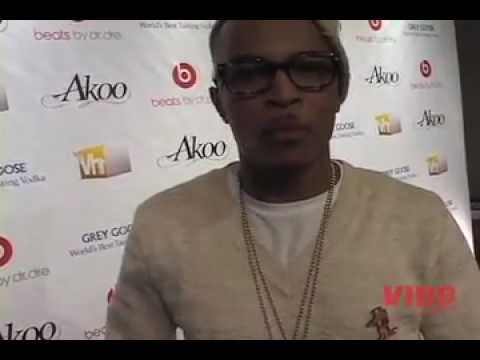