Three rising stars of lyricism made this week’s spotlight, from East and West Coast. Meanwhile, a top producer who veers in and out of the Hip Hop genre made another truck-thumper, in a lineage of acclaimed instrumental albums.

This 2011 year is closing down with a more leveled playing field, and powerful singles, videos, mixtapes and albums are emerging every week that deserve notice. Here are a few from this past week:

I was a fan of Action Bronson from the moment I heard him. Daytona, not so much. But this song totally changed my perspective. “Ivory Coast Crime Scene” sounds like some 80s pimped out Magnum P.I.-meets-Miami Vice type of track where Daytona and Bronson trade bars about strangling, strippers, and everything in between. The horns give it this casual lounge lizard vibe as the two coyly slide through some heinous lyrics like they’re reading an order at a pizzeria. The fact that Action Bronson shouts out Lisa Turtle at the start only adds to the comedy of the track. Action Bronson is slowly creeping up the ladder as one of Hip Hop’s brightest stars. After this cut, at least in my mind, Daytona might be a close second. – Kathy Iandoli

This year has been a mainstream breakthrough for Top Dawg Entertainment. As Kendrick Lamar‘s sophomore album and Jay Rock‘s debut cracked the charts, Ab-Soul and Schoolboy Q are quickly becoming emerging talents in the top tier of their class. For Q, the “Sacrilegious” video captures his gift of gab and gangsterism. The alienation of the song resonates with a lot of attitudes on the streets, and the slow, drooping beat perfectly complements Schoolboy’s isolated tone, with a perfect visual to match. Almost a year after Setbacks – Q’s sophomore album, Habits & Contradictions is shaping up to be another breakthrough for Black Hippy, one of my new favorite groups. Ayo TDE, can these digital albums come to CD and vinyl please? – Jake Paine 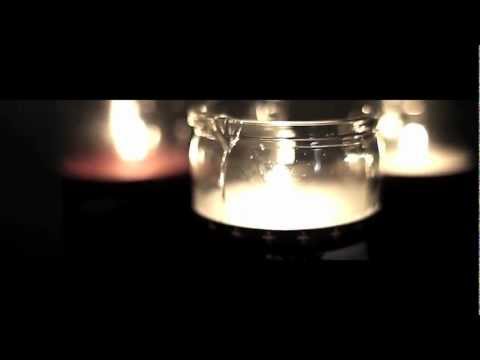 Follow this one…UK electro-rock duo The Big Pink become critics’ darlings – and rightly so – thanks to their 2009 debut A Brief History of Love. The music was dark and gloomy in the vein of the recordings done 15 years earlier at the 4AD label the group now called home. (Some of that Primal Scream style sonic assault was thrown in for good measure). Then in some twisted kind of irony not a drop of those aforementioned qualities remained when The Big Pink was used in sample form on the Nicki Minaj single “Girls Fall like Dominoes.”  Anyway, January 2011 comes along and how did The Big Pink choose to build hype for their followup album Future This? They said it was going to sound like old Dr. Dre. Flash forward 10 months and The Big Pink’s Robbie Furze expresses regret and makes what amounts to a formal retraction of his statement  that anything on the release would be Dre-like, Detox or otherwise. Then “Stay Gold” In Future’s first single drops. No, it doesn’t sound like Dre and no, Dre isn’t even called for a remix. Instead – and lucky for us – the remix is handled by producer araabMUZIK a true MPC god who has achieved the jawdropping feat of turning scores of Dipset fans on to the wonders of Cannibal Corpse. What’s even better is he currently composes electro dance music of a quality that should be coming from The Big Pink’s home country but isn’t. And if all that wasn’t enough this week the “Stay Gold” remix got its own remix with the addition of Detroit emcee Danny Brown. Thanks to the man known to his friends as The Adderall Admiral, The Big Pink finally gets something to offset the Harajuku Barbie in the form of some very very hard drug use. The whole story in the words of its latest player is so “strong smelling like Hong Kong,” how can’t you enjoy it?

Good news for those of you out there whose week has been a grueling series of “T-Pain Effects,” ironic song titles, and beats built using the default settings of the Fruity Loops instrument bank… Christmas has come early on the Soundcloud page of genre-defying producer and subterranean trunk-rattler Flying Lotus. Call anything “Mister Murky Socks” and you’ll get a reaction  just because the particular trio of words is so twisted and evocative. But now try making a song that literally sounds like a dude wearing a pair of murky socks. A little harder…

For his latest track, Fly Lo has managed to pull that off by reworking “Roberta Flack” off his 2008 near-masterpiece Los Angeles. He’s stripped Ahu’s vocals from the mix, keeping only the skeleton rhythm – wall clock? snare drum rims? mutant maracas? some of each? – while adding a belching bass line and distorted synth pads pushed to the back. Continuing to say Flying Lotus is the next J Dilla is like hearing someone back in the ’80s saying Guns N Roses was the next Aerosmith. If you’re as raw, unpredictable, and unhinged as those artists were in their prime you deserve to be considered as another potential icon not the successor to one. – Mike Sheehan