Kid Capri is one of the best. It’s a fact that can’t be argued. Hailing from the borough that yielded the Hip Hop culture, Capri has been spinning records long before deejayss thought Serato and mixtapes made them deejays. The Bronx-born disc jockey/producer has been running with the grassroots alliance D.I.T.C. before they even knew what they were. Capri’s responsible for producing for everyone from Heavy D and Styles P to the late Big L. Capri has also broken records everywhere- from New York radio to the club. He’s one of the first to show deejays in the industry how to diversify with his longstanding house spot on Def Comedy Jam. His placement on BET’s new show Master of the Mix is just another notch on his belt.

Kid Capri took a moment to speak with HipHopDX about carrying crates, Diggin’ In The Crates and what makes a deeay a professional.

HipHopDX: What’s the most important element that the contestants of Master of the Mix should remember about being a deejay?

Kid Capri: Well, the first thing is you need to have the right attitude. Don’t come in thinking you’re too hot and you’re really not. Because you’re doing a party for two hours and you have room to mess up and all that in front of a whole crowd, that’s different from you coming in front of me, for two minutes, trying to impress me, and having to be judged by me. The pressure is a little different. A lot different. Within two minutes you’ve gotta do all these things to make it right. So that’s one thing. Attitude definitely has something to do with it, being humble and all that. And more importantly, you gotta have a talent to back up what you say.

DX: Two minutes seems staunch. How can they prove their worth in such a small amount of time?

Kid Capri: The same way I would do what I do when get onstage in 30 seconds. If I have to go onstage in front of 10,000 people and make these people scream, I can do that as soon as I get on stage with one thing that I do. So if I can do that with one thing, you should be able to do that in two minutes. And at the end of the day, you call yourself a professional, you should be able to, no matter what the situation is, you should be able to make these people that you don’t know, that have all these different attitudes and all these different personalities, make them all believe that you can make them feel better than they did when they did before they arrived there. It’s up to you.

DX: What could get a contestant disqualified if it were solely up to you?

DX: You started your deejay career as a kid before laptop deejaying, you guys carried crates and set up speakers.  What made you want to get into it?

Kid Capri: Well, first of all, you wanted to belong to something and that was something that I liked and wanted to be a part of no matter what the pressure was to make it happen. I’ve carried 15 crates around the country, on airplanes, and spent $1,500 to $2,000-just for the crates- before the computer thing came out. Before I even became known, I was carrying crates all around everywhere, doing parties. Those things- coming from that- makes you a little more humble, and makes you be more of a professional at what you do because a broader music selection and you have more respect for what you do, as opposed to just grabbing a computer and having a bunch of MP3s, wanting to be hot and impress the chicks.

It’s different when you come from that because you’re a professional. You’re a showman and people can see it. When people see me do my shows, it’s more of a feeling. I don’t depend on the new record to make me hot – I make it hot. I make the record hot. I make you like a record you didn’t like, because of the way I play it. And that’s what it’s about, selling yourself, not depending on living through somebody or something else. It’s you that you’re trying to sell. I never wanted to give up that to be somebody who just played records. I wanted to be a deejay, that’s why I had to go extra hard and be an innovator and create things, opening the door for the DJs to do what they do now.

DX: I can’t imagine how many records you actually have. [Laughs]

DX: You remember the record that started it all off? The first one you acquired?

Kid Capri: A record called “Paradise.” It was a breakbeat and I was a little kid, but I had other records that  my dad had that I got from him. My grandfather played trumpet for Dizzy Gillespie, Count Basie, and Miles Davis. My father made Soul records as a Soul singer, so he always had that type of Funk music as I was growing up with. Whatever I didn’t buy I got from them, but my first record that I bought was “Paradise Is Very Nice” by Shangri La, and it went on from there. I’d buy a record and my man Lamont would buy one and we’d have two. [Laughs]

DX: You still buy records? Or you moving into digital?

Kid Capri: Yeah, I still buy records. I have a lot of new records, even though I just got rid of some of them but a lot of the old ones I kept. Like a lot of the Funk records and stuff like that, I got all those. My storage is full with them.

DX: So if you went out today to buy music, you’re the deejay that cops the vinyl, right?

Kid Capri: Right now, I’m digital, but I’m on the 45 thing also right now. I’m collecting a lot of 45s now. As a matter of fact, I do a show in the legendary park in the Bronx called Crotona Park, where Hip Hop kinda started at, and I had a chance to go there and play 45s. It’s on YouTube and everything. It was a really big success and it was one of the more special things because I don’t get a chance to do that. Now the 45 thing is getting big- again. 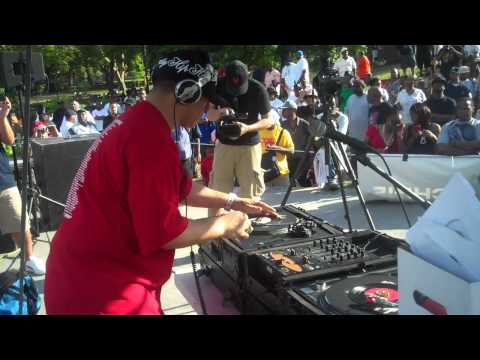 Kid Capri Explains His Role With D.I.T.C. And Big L

DX: You’ve also been a part of Diggin’ In The Crates’ extended family since the beginning.

Kid Capri: I wasn’t [officially] down with Diggin’ In The Crates, but I was down with Diggin’ In The Crates. I did Big L’s first record, “Put It On.” Diamond D and I produced and put beats on his [Lifestylez Ov Da Poor And Dangerous] album, plus me and Diamond lived down the block from each other, so we were always at each other’s crib. I remember meeting Fat Joe when he was performing at the Apollo Amateur Night with a top hat and a cane.

Kid Capri: Nah. Nigga had a top hat on with a cane. Shit was funny as hell. He was doing that. I remember meeting Showbiz early on through Lord Finesse. I met Lord Finesse early on when I was doing The Castle and all that. So I was around them, not everyday, but I was down with them. Supported everything they did and they supported me. When I was on the radio, I played everything they did. I had a lot of love for them man, and still do. I still talk to them. I was on the phone with Diamond and Showbiz the other day. Those are my boys.

They were cool with me, like everyone from the streets. I was the first one to play a Wu-Tang [Clan] record. I [co-produced with 45 King] “Hard Knock Life”

DX: What were your thoughts the first time you heard Big L rhyme?

Kid Capri: I thought that he was a standout dude of Diggin’ In The Crates, even though Finesse was as hot as he was. I felt like L was gonna be one of those dudes, who… I used to tell him all the time, like, “L, you a big dude. You gonna do big things. Stop standing on these streets. Stop standing on these corners.” And unfortunately it happened and I definitely didn’t wanna see that happen to him. That was my little man and he was talented that’s why I was so happy to be on that first single with him, ‘cause I knew he was gonna do good. Every now and then, I run into someone from his family and we chop it up, you know… Go down by the mural and take pictures. Always shout him out at every show I do, I play the record, and have everybody throw their L’s up. 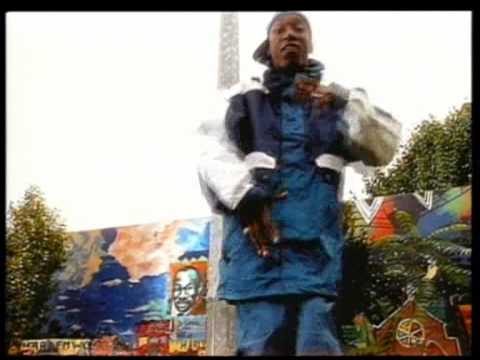 DX: What was the process like when you and L worked on that project?

Kid Capri: He had the vocals already down on the beat, sent it to me and just asked me to make up the hook. I sent it back his loved it.

DX: That’s funny that it was so effortless, because he left a mark with that song in particular.

Kid Capri: That’s how a lot of records were made though. Even moreso now, where you’d just email something and they’ll just send it back and the record is done. Easier than it was 10, 20 years ago.

DX: Yeah, but most times it seems to be a disconnect there, putting a song together in that way.

Kid Capri: It is a disconnect. I mean, I like working in the studio with the artist. I don’t like sending my beats to nobody, and they work on it… Because if there’s something I want to change, I can’t change it- it’s something that’s already there. So I like to work with the artist, we get the thing complete, and it’s done. Even now, I don’t really like to go and send anything to anybody, unless it’s an absolute schedule thing where I need it done now and there’s no other way, well, I guess then, yeah, that’s the best way. But I really prefer to work with an artist. Most of my albums are like that. My last album, I did while I was in the studio with the artist.