ays that he was suprised that BET asked him to join in the series, and added that his appearance on the program was just another sign that that his mainstream breakthrough isn’t him selling out, but the media finally buying into him.

“That was crazy, for someone to be on BET that a lot of people call a devil worshipper and say ‘Aw, that’s white boy music,'” he explained. “It was a big thing for the to call me up and say, ‘Here’s the best, the beat is [James Brown’s] “The Payback,” we need sixteen bars from you’…it worked out wonderfully. A lot of people got to see my face because a lot of people just hear my name. My name is bigger than me.”

He added, “It’s one of those moments exactly because I said, ‘Tech N9ne will not go mainstream, mainstream will go Tech,’ and that’s what’s been going this past year, so when [the Cypher] popped up, I was like, ‘That’s another….milestone because I had no idea that they would realize that I had lyrics because people would shun it – a black dude that paints his face that used to have red hair and named his label Strange Music after a rock band the Doors because he was a fan. It was a beautiful to have BET call me and say let’s go.”

Tech also talked about first meeting Lil Wayne on Riker’s Island in 2010. He said that he was it was an odd experience to meet Weezy the first time in a prison setting. He also added that he didn’t know what the two were going to talk about, but that after they got to know each other, they ended up conversing for three hours.

“It was weird [meeting Wayne for the first time in prison],” he explained. “When I was walking in there, and I saw him come out in the orange outfit, I ain’t never seen him like that. Seeing this young brother in those orange…scrubs, I was like, ‘Damn, I hate to see him like this’…before I went in there I had no idea what we were gonna talk about because we had never me…what are we going to talk about for an hour or two?…I’m a weirdo, I’ve got nothing in common with nobody. I don’t play video games, I stopped smoking weed in ’98, I don’t watch sports, I only care about the [Kansas City] Chiefs, an you know how that goes…and we talked for three hours about religion, missing our children, T.I., Kanye coming through rapping his whole album to him…we talked about everything.” 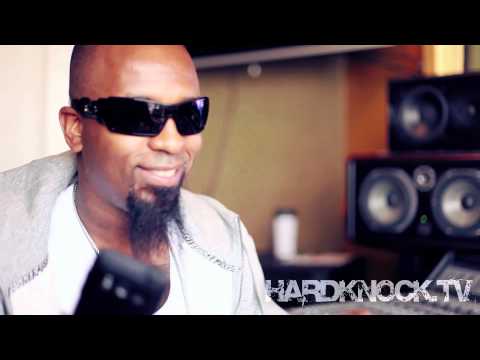