The execution of Troy Davis has been a highly discussed topic this year and Hip Hop artists have become part of the conversation. During recent Ghetto Newsflash interviews, Kendrick Lamar, Mack 10, E-40 and Young Buck spoke on the situation, the aftermath and their thoughts on the death penalty.

“I’ve got homeboys on death row. I personally got homies on death row. That’s even tough to talk about because you never know what’s going on and what’s really real and what ain’t. It’s unfortunate,” Mack 10 noted.

Kendrick Lamar also shared his views on the matter, explaining that politics can be involved “in everything.”

“What can we say? It’s always politics within the system in everything we do, entertainment, court of law, whatever,” he said, “It shows and proves that the people gotta have a voice nowadays, not just the people in the jury.

Young Buck took this opportunity to explain how he feels about global change that needs to take place.

“Witneses even came back and gave you the real story and that wasn’t enough. So, I really think something needs to be done in a real way dealing with the whole death penalty laws not for the state of California but just for the whole entire world. Me, personally, I feel like nobody should have the right to take a life.”

E-40 also added his thoughts, noting that he felt it was “wrong.”

“They was wrong. It’s like he had to prove himself innocent but they couldn’t prove him guilty.”

For more from the interviews, check the video below. 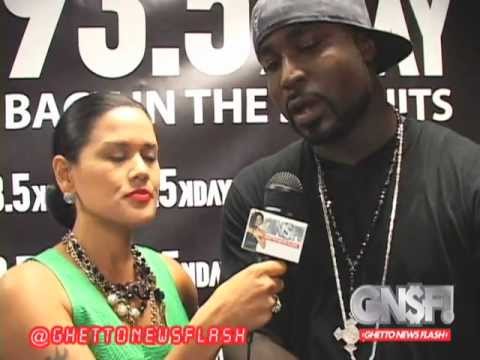 RELATED: Politics As Usual: The Curious Case Of Troy Davis