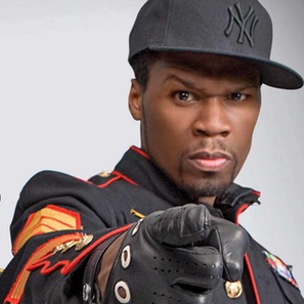 In Too Deep: 50 Cent And Young Buck's Dillemma

“For a deal got a quarter mil / Shot back to the house on the hill / And blowed some dough to show it’s real / Flossed his wheels and lost his deal / But it’s just a setback / Your boy got get back  / Kept that ball rollin’ / God blesses G’s / Invest some cheese / And now they all rollin’” –Casual, “Make Your Move” by Hieroglyphics.

At some point, the artist 50 Cent was destined to contradict the crude businessman 50 Cent. The millions he’s made off of investments in both artists and brands, has officially crossed paths with the success he had as an artist. It’s a two way street that sees his bank account flooring it in one direction and his control as an artist going in another. The artist who made his introduction to the world with “How to Rob”

has spent a significant portion of his time lately asking Interscope for the support that he once was able to just take.

Look no further than the week of July 24th to see 50’s disgruntled tweets about Interscope’s lack of proper promotion (game plan), leaks of singles, and threatening to do the label harm via other artists. For one of Hip Hop’s wealthiest, it’s a sobering reminder just how dependent G-Unit Records is on a major label like Interscope and how desperate 50 is for complete creative control. Lupe fought this fight last year and ultimately released a commercially successful, but critically disappointing album in Lasers. Fif’s vows to not walk the same path—with negotiations of where he’ll sign next and blatant disrespect towards Interscope—sound strikingly similar to one of his own signee’s, Young Buck.

Man I’m not releasing a album i can’t believe interscope is this f*cked up right now. I apologize to all my fans.less than a minute ago via UberSocial Favorite Retweet Reply50cent
50cent

I will work with other artist on there projects but I will not put out another album. They dropped the ball with me one time to many.less than a minute ago via UberSocial Favorite Retweet Reply50cent
50cent

I LOVE DRE but I’m putting his next single psycho out tomorrow at 2:00 #SKless than a minute ago via UberSocial Favorite Retweet Reply50cent
50cent

Since Buck was kicked off the label in 2008 we’ve heard 50 releasing private conversations, the two exchanging words on records, pleas for a public reconciliation and yes, Twitter. It has been a whirlwind three years with the underlining fact always being 50’s ability to control, if, when and how Buck releases new material. So when 50 tweeted “Man I’m not releasing a album I can’t believe Interscope is this f*cked up right now. I apologize to all my fans,” one has to imagine that Buck somehow both empathized with and possibly laughed at 50 at the same time.

Few would have ever thought that the two’s relationship would have deteriorated to this point. In 2004, during the height of 50’s popularity his G-Unit roster was arguably the most sought after roster in Hip Hop. The nine shots 50 took only solidified the label’s reputation of representing the listening audience. So when Young Buck made national headlines for stabbing a man who was trying to attack Dr. Dre at the Vibe Awards, the world collectively thought that 50 and Buck were a perfect match. Nearly a decade later, that false assumption has seen both men take drastically different paths despite the fact that both are fighting for the same thing as artists.

The ironic paths see the two sharing more than just hashtags. When 50 said, “Ok I tried to be cool with my record company. I went to the meeting talk to everyone and shit feels like there [sic] moving in slow motion,” it could have easily been a Young Buck sound bite. In fact, in a February 2009 interview, Buck said that he sat down with Jimmy Iovine’s people and they told him, “We will do another Young Buck album. [So] we was pretty much told that we was going in [to begin work on the album] right around New Years. [I was told], After the new year, [once] the holidays is over with, you’ll hear from us. I aint heard from them [yet].”  Both instances see an artist playing the part professionally but getting frustrated with the pace or lack of follow through. Young Buck and 50 Cent are no longer hungry artists who came from nothing, but grizzled veterans who know when the system is putting on the brakes.

Interscope isn’t Buck or 50’s first go around on a major. Young Buck’s failed Cash Money endeavor was a waste of time by his own account. He left the label the same time as Juvenile, only without an album, let alone a guest feature. And 50’s Columbia years led him right back to the streets that he thought he left behind. They both came back for more. And while they tasted platinum success, ultimately they are creatively back where they started. These days, 50 cent is certainly in a much better position financially since Forbes.com reports he brought in a record $150 million in 2008, largely fueled by his nine-figure Vitamin Water deal. But despite that enormous sum, he is still completely dependent on a record label to clear, release, and promote his work. While no one is certain exactly what 50 would need to put down to buy out his contract at Interscope, one would have to conclude that it is less than a percent of his fortune. That’s where their paths differ, because once they start counting zeros, Buck’s lane becomes all the more urgent.

While the duo has waited for their projects to come to light, which both have promised would change the game; they’ve also promised to invest into their artists. One of 50’s more recent tweets about cancelling his album and working with other artists on theirs, sounds like Buck when he discussed putting all his energy into Ca$hville Records. With the exception of a 50’s guest appearances and Lloyd Bank’s gold-selling single in “Beamer, Benz or Bentley,”

neither label has shown much promise in a difficult market. Don’t get it twisted, the success of both the labels rely solely on the shoulders of the label head. If 50 Cent’s sales continue to decline, his G-Unit Brand will continue to suffer as well. A financially depleted Ca$hville’s only chance is for a Young Buck project to save it from its predicted fate. While the two have remained in the headlines via Twitter, movie roles or, in Buck’s case bankruptcy, the lack of music has slowly allowed the doubt of their viability on a major to be discussed.

While we’re all pretty certain that Interscope will never release a tape of 50 pleading for a release date or a certain type of promotion. But is 50 holding his album back also a move made out of desperation? If Buck had to call 50 and pour his heart out to get his point across, 50 had to threaten to release a Dre single and withhold his album to make his. In both cases the desperation just highlights the fact that neither Buck nor 50 holds creative control of any of the processes. Buck just wants to make a living, and 50 is coming to grips with Interscope no longer making him a priority. So when 50 went in spin mode after his tweets caused a firestorm, he settled with this final tweet on the issue, “I hate when I can’t present my music the way. I feel like it should be.” Meanwhile Buck was sorting through the pieces of his career which 50 did irreparable harm to and he probably feels the exact same way. All they want to do is put out music and allow it to be heard the way that they envision it.

I wouldn’t leak dre’s record he has done nothing but help me in my career. jimmy has always been supportive of me.less than a minute ago via UberSocial Favorite Retweet Reply50cent
50cent

I hate when I can’t present my music the way. I feel it should be but f*ck it check out I’m ON ITless than a minute ago via UberSocial Favorite Retweet Reply50cent
50cent

Predicting Buck And 50’s Next Move

“You ask for slack and wanna get cut loose from the label / Not able / Because you signed at the table for a pretty cash advance / Now they got a song and dance / That you didn’t recoup / More soup with your meal / Cause this is the real / When you sign a record deal…” –Lord Jamar “Show Business” by A Tribe Called Quest feat. Brand Nubian & Diamond D

But 50 praising Jimmy Iovine in one tweet and criticizing his label in another sounds eerily similar to Buck’s viewpoint a few years back. Buck found out the cruelty of what happens when you allegedly bite the hand that feeds you, and 50’s ruthless businessman approach to the situation may have either set Young Buck’s career back five years or potentially destroyed it. One would think a man with his business savvy would know better than to do the same thing to the man that signs his checks. Meanwhile, 50 has publically negotiated his next deal with EMI. He has made it no secret that he isn’t happy with Interscope, and in return Interscope has made no efforts to appease him. Surely the reckless taunts, threats and criticisms will certainly have a lasting impact on the relationship he has with Interscope. However, it remains to be seen whether or not Jimmy Iovine allows him to move on to the next (like other former Shady/Aftermath artists) or keeps him trapped like Young Buck.

The messy breakup between the two makes Suge Knight and Snoop Dogg seem like a common domestic dispute. Buck owes 50 quite a chunk of change outside of music, and his legal team was present during all bankruptcy hearings in June of this year. No matter what Buck tries to sell you, it’s not just about the music. But with that said, 50’s bank accounts annaully accumulate as much interest as Buck’s total debt to him. Both sides have intent to harm, and Interscope has watched it all unfold. I’m sure the label has second thoughts on letting Buck sit despite a platinum debut and a follow up which sold 160,000 copies in the first week. Two years later, 50’s Before I Self Destruct failed to live up to the numbers that Buck the World did. Hindsight will plague all parties, and only Buck has come to grips with it. In a 2010 Nashville Scene article Buck said, in regards to 50, “[He wants] to pretty much destroy my life from a silent-sided way of doing things. That’s his angle, and my contracts allow him to be able to do that.” It’s a sobering comment from an artist that fully understands his financial and contractual limitations. The past containing various diss records, recorded conversation and pleas; those conversations are mentally and financially bankrupt. Yet a mum Interscope has watched an impulsive 50 shoot off tweets threatening their biggest project, disrespecting their brand, but yet they still remain silent on a release date. It’s an insane 360 with radically different implications that sees two artists fighting against a business that can ultimately control their next move.

Luke Gibson is a freelance writer residing in Philadelphia. He has contributed to Hiphopdx.com, The Courier Times and is presently finishing a book of poetry.