Last week, Montreality caught up with Sean Price to talk about life before he was Ruck. Now, the Canadian website turns the cameras on P’s Boot Camp Click partners Tek and Steele of Smif-N-Wessun to discuss their high school careers, pulling pranks and more.

The Cocoa Brovaz start the interview off by discussing their high school careers. Both members say that they graduated high school the high marks, and that their pursuit knowledge hasn’t stopped since then.

“We were smart boys, grade-A students,” said Tek. “We graduated high school, like, college dudes. We ain’t no dumb-dumb dummies…educate your minds.”

Tek also spoke on some of the duo’s favorite pranks to pull while in the studio. He said that anyone who falls asleep while recording is liable to wake up with matches between his toes or a face full of mustard.

“Until this day, you can’t go in the studio around us,” said Tek. “There’s no sleeping, at all. Sleep and you’re dead. That’s what it is. If you go to sleep, you’re liable to wake up with mayonnaise, mustard, all types shit in your face. Matches between your feet, toes on fire, so those are the best.” 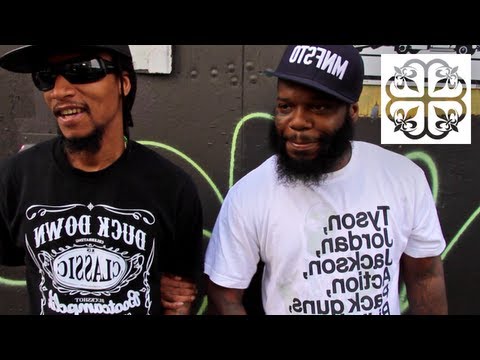