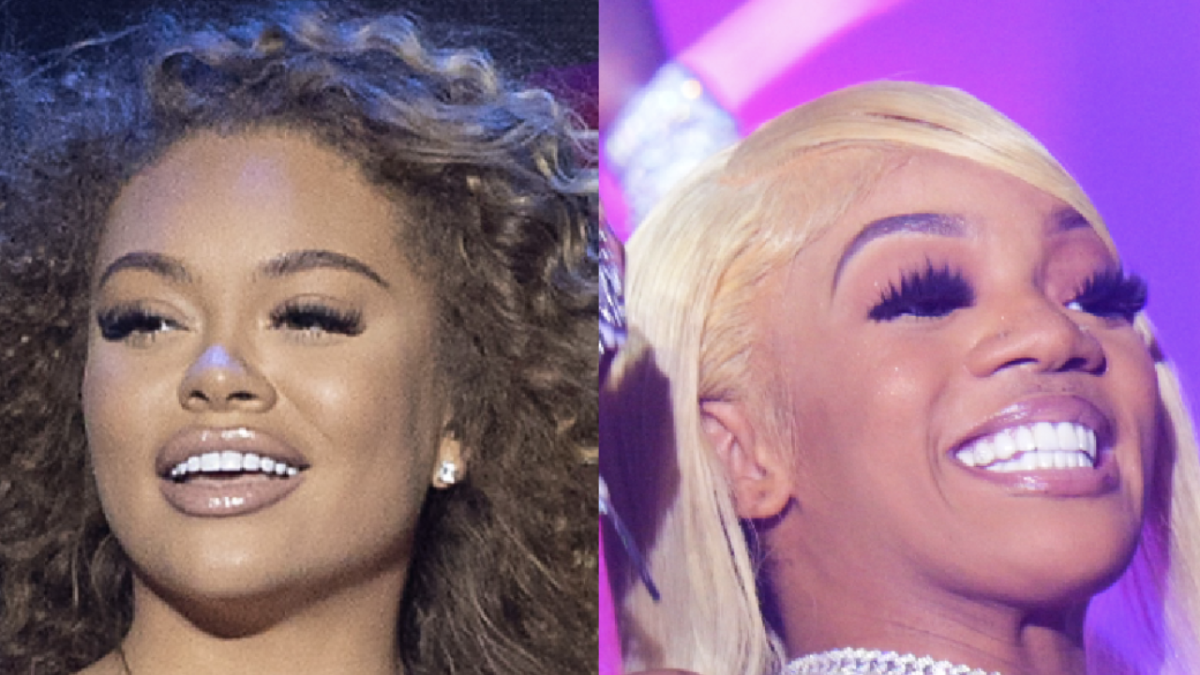 GloRilla has a new collaboration with Latto on the way and the two have shared a teaser to celebrate the upcoming release with their fans.

The rap duo shared what appears to be the single cover for “F.T.C.U.” which shows both GloRilla and Latto posing with matching black outfits and blonde hair with black accents. In the caption, Latto revealed their new collaboration would drop on Friday (December 2).

In a second post, Latto shared with fans shows a teaser video for the upcoming collaboration. In the clip, Big Glo is riding around in a car when she calls up Latto, who’s cozy at home, head-wrapped and all.

“What the fuck is up bitch,” GloRilla asks the Atlanta native who then says: “Girl, I gotta get ready for bed.”

Glo replies in disbelief: “You in the muthafuckin bed? Bitch get up. We finna go outside, all the n-ggas is outside. We finna go fuck the club up bitch.”

Latto knew she had no choice but to head out with her girl and told her: “I’m finna finish getting ready. I’ma meet you up there.”

“F.T.C.U.” will be the first collaboration for the duo, who have been on a run this year. Latto released her second studio album, 777, in March and debuted at No. 8 and No. 15 on Billboard’s Top R&B/Hip Hop Albums and 200 charts, respectively.

Latto also grabbed a top three hit on the Billboard Hot 100 chart with “Big Energy” and landed a Mariah Carey feature for the remix that dropped shortly after the album.

GloRilla Warns Women Not To Fall For Guys In the Club: 'He Looking For Hoes!'

GloRilla broke onto the scene with her “F.N.F.” single this past summer and saw her stock rise tremendously with a Cardi-B feature on the hit single “Tomorrow 2,” which dropped in September. Big Glo also just released her debut EP Anyways, Life’s Great.

Both GloRilla and Latto also earned their first Grammy nominations this year. Glo is in the running for Best Rap Performance for her hit single “F.N.F (Let’s Go)” while Latto is grouped in the Best Melodic Rap Performance category for her track “Big Energy (Live).”

GloRilla also received a shoutout from Nas on the King’s Disease III closing bonus track “Til My Last Breath,” where he raps: “I’m applying pressure, I see why she prеssed (Why she pressed)/ When she with me she GloRilla, FNF (FNF)/ N-A-S, I’m steppin’ ’til my last breath (My last breath, yeah).”

TMZ caught up with the Memphis native shortly after King’s Disease III dropped on November 11, and the young rapper was thrilled by Nas’ shoutout. “I love that so much, Nas is a big legend for real,” Glo said. “That’s super big. Like I never in a million years.”