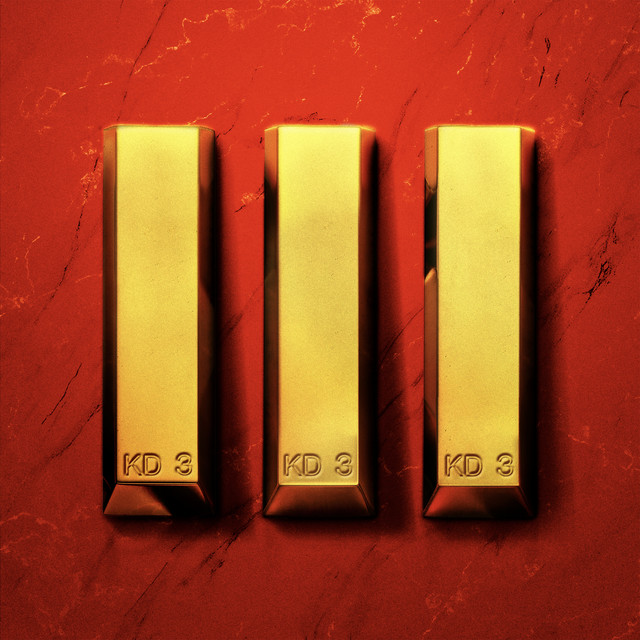 Nas fans love to debate which producer works best with him. He’s collaborated with some of the greatest producers in an illustrious 25 year career that spans 15 solo albums. Depending on the era of when you discovered Nas, you could argue either Large Professor, L.E.S., Trackmasters, Salaam Remi, No I.D., DJ Premier or Dr. Dre maximized the producer-rapper synergy. But in the 2020s, maybe Hit-Boy is his best fit for keeping him relevant in a changing rap landscape with an unrivaled run of releasing four projects.

Nas and Hit-Boy have compared their creative output to Shaq and Penny and Michael and Quincy, paying homage to duos with undeniable success and chemistry. While the Grammy-winning super producer has synced up with artists before, there’s something special about Hit-Boy modernizing Nas’ sound, heightening his stories with subtle, elegant beats.

King’s Disease 3 is the third iteration and the first of the series with no features. Continuing where the Grammy-nominated predecessor left off, King’s Disease 3 shows Nas has more to say about career longevity, legal hustling, the Queens borough that raised him, and the wealth he’s accumulated as a rap mogul. The song ideas and themes are coherent, showing Nas is improving as he approaches 50.

Early responses have drawn collective smirks over his fabled rivalry with Jay-Z. “No beef or rivals/they playin’ ‘Ether’ on TIDAL/Brothers can do anythin’ when they decide to/In a Range Rover, dissectin’ bars from ‘Takeover’/Sometimes I text Hova, like ‘N***a, this ain’t over,’ laughin,’” he raps on “Thun” over a sample of Boogie Down Productions’ “The Bridge Is Over.”

Other shout-outs on the album include the late Drakeo the Ruler (“Just like Drakeo The Ruler, my n***a, we know the truth”), Kendrick Lamar (“Since Kendrick entered the atmosphere, ’09, I was there”), and Young Thug (“The crosswalk lady walkin’ with the kids to school/There’s a place in heaven for her, as is you/And if you don’t believe in that, then SLATT”). Compared to other legacy rappers, Nas is aware of their influence and what they’re doing for hip-hop. Acknowledging the younger generation like he’s done with his features on previous King’s Disease installments shows he’s giving them an equal platform and their due respect.

If KD1 is well-rounded Nas, KD2 is Nas at his most motivated and high spirited, and Magic is Nas channeling his ‘90s output, then KD3 is his most personal project of his recent run. “30” finds him reflecting on doing this Hip Hop thing for almost 30 summers, speaking on his longevity and even teasing that the DJ Premier album might still happen while checking Pete Rock in the process. “I’m On Fire” opens with a line just for the core Nasir fans (“Still got the same flame behind me from the ‘Hate Me Now’ video/It’s continual”). Nas even gets sentimental on “First Time,” flipping the track to describe the first time he heard legends like Slick Rick, Biggie, 2Pac, N.W.A., and more.

Once again, it’s Hit-Boy who’s energized Nas past rare form and into God mode. He’s established a format of letting Nas revisit his gospels like a wise elder statesman, giving him an alley-oop with production that allows him to be relaxed and confident. Hit-Boy’s beats aren’t busy at all, creating an atmosphere that’s rich with nostalgia. He gets creative with his samples, and “Legit” is the best example, flipping a classic scene with Eddie King, Jr. from the 1991 film The Five Heartbeats to create a clean banger.

KD3’s final two tracks are important reminders of Nas’ ingenuity when it comes to speaking on violence in the Black community. “Beef” takes on the personification of conflict, detailing why “beef” is always taking souls and joins his other perspective tracks like “I Gave You Power.” On “Don’t Shoot,” Nas makes a case for finding a way to save lives. He raps, “Am I snitching when the police commissioner my friend?/Am I a player when me and the mayor hangin’ and tap in?/Just a grown man tryna see how to change the community/’Cause all I see is mamas crying, reading eulogies.” He then notes, “Imagine no man shot for the next 10 years, no man killed for the next 30 years.” It’s an unfortunate reality that history continues to repeat itself, but the ever-conscious Nas believes there’s a better future ahead. The kind of awareness that only comes from a street disciple, using his influence and knowledge to do more good.

KD3 keeps Nas in the relevancy conversation because his voice is still impactful, calling to action when some might say he doesn’t need to do this anymore. It’s a lesson in purposeful storytelling and aging with grace.