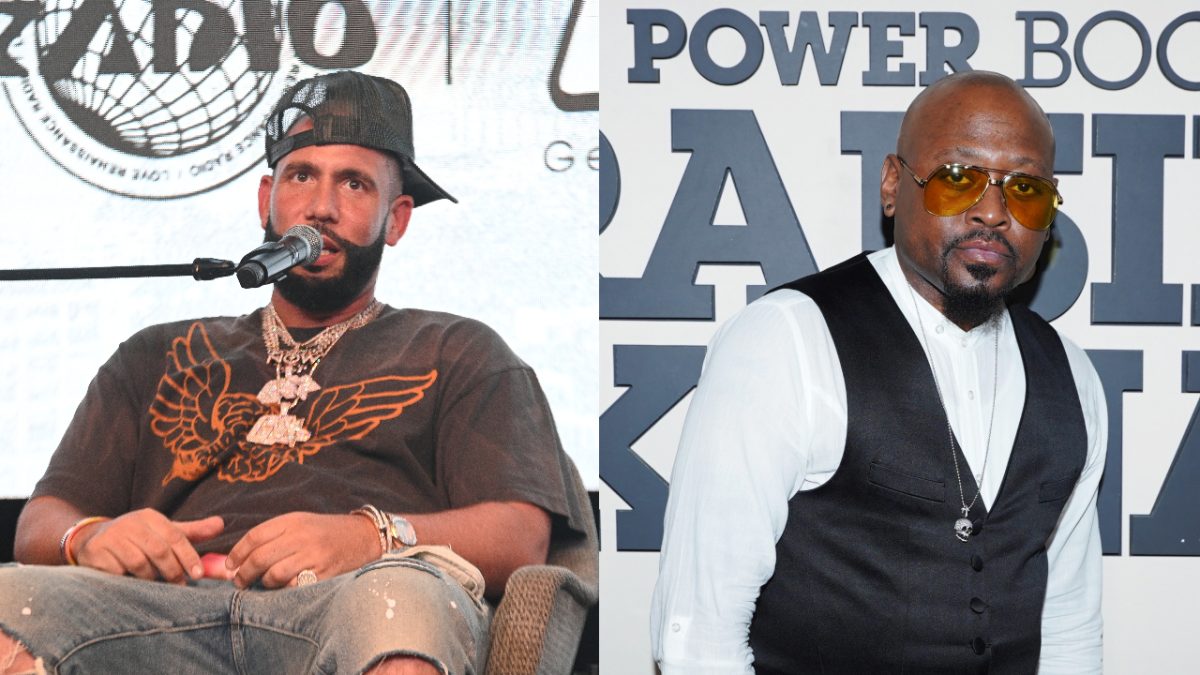 DJ Drama Credits Omar Epps For His Success: ‘I Wouldn’t Be A DJ If It Wasn’t For Him’

DJ Drama has given Omar Epps his flowers and credited the esteemed actor and producer for putting him on the path to success.

In a video posted to Instagram, Drama stood alongside Epps as he showered him with praise.

“Now listen: the Grammys, Gangsta Grillz, the parties, none of that if it wasn’t for this man right here,” Drama said. “Still DJ GQ to me man, legendary. Yo, I wouldn’t be a DJ if it wasn’t for him. Inspiration, love.”

Omar Epps played DJ GQ in the classic 1992 film Juice, directed by Ernest R. Dickerson. Drama expounded on the influence of Epps’s character in a 2010 interview.

“I guess that was like my first time really seeing DJs big like, visually, outside of Jam Master Jay,” he explained. “But I was at that age, where I was looking for a hobby or something, and that shit looked like it was fun to do. So that’s really, really where my DJ infatuation started. That was the first time I really had seen a DJ battle like that. Like I knew about DJs, and stuff, but that was the first time I really seen like a lot of cutting and scratching, DJ battling, and just you know the swag of the DJ.”

Drama has been hard at work promoting his latest Gangsta Grillz tape with Jeezy: Snofall, the pair’s first joint outing since their iconic mixtape run in the early 2000s. In a recent interview with The Breakfast Club, Jeezy recalled feuding with Drama back in 2009, and said they patched things up because of how “real” tensions got.

“It got real bro, it got really real,” Jeezy told The Breakfast Club. “The beef was over Drama had someone that was managing him, but he was trying to be an artist too, and he kinda got into Drama’s ear about a lot of things, and just started to build this toxic environment of he said she said.”

He continued, “I came to a point in my life where I just kinda started healing myself because I had a lot of trauma things, and I just started working on myself and I think Drama was doing the same thing. Over time we just kinda came back together when the guy got out of their business. So I just kinda feel like we both just grew and changed our surroundings.”

The legendary DJ has also got a new Snoop Dogg Gangsta Grillz mixtape out in the world called I Still Got It, which arrived a day before the Jeezy tape on October 20. He’s also dropped a new project with NBA YoungBoy called Ma’ I Got A Family.

Drama additionally had a good night at the 2022 BET Hip Hop Awards last month, taking home the award for DJ of the Year, his first award in almost a decade.

DJ Drama can also be heard all over Westside Gunn’s latest tape 10, which dropped on Friday (October 27).