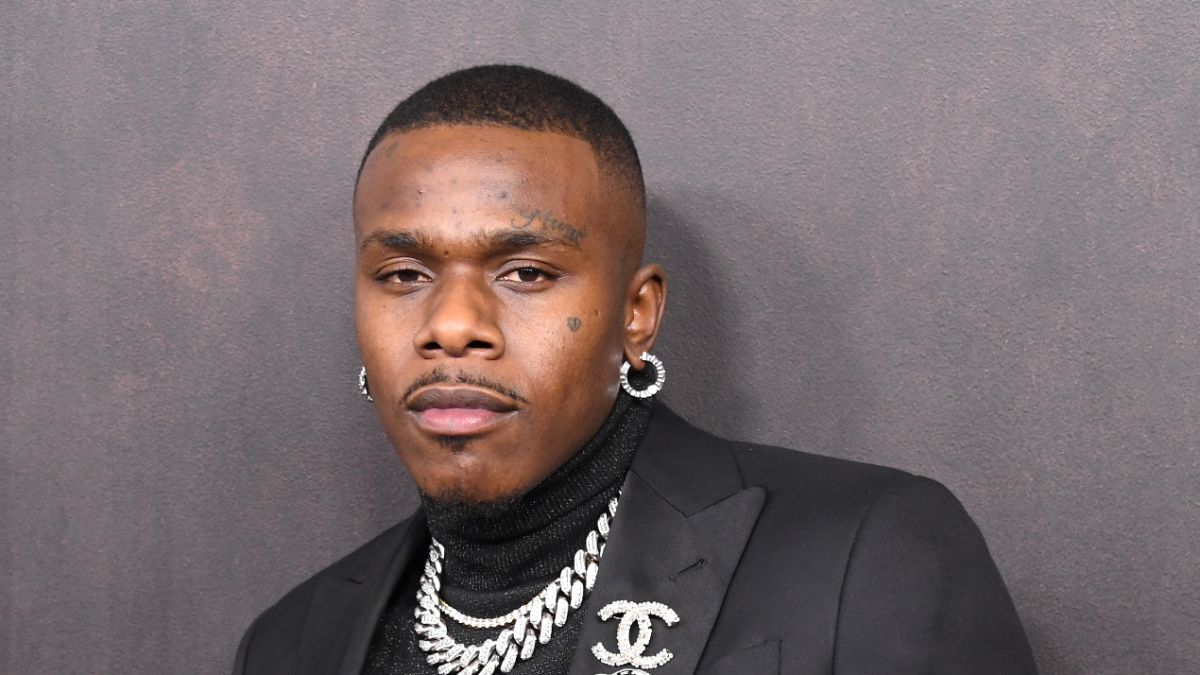 DaBaby recently put on his acting cap and showed off his skills in a TikTok video where he reenacted a scene from the popular film ATL with his daughter.

The clip finds DaBaby and his daughter performing the scene where Evan Ross’ character, Ant, gets confronted by Marcus (played by Big Boi) over stolen drugs. The rapper’s daughter opens the video by sitting in the driver’s seat of a car and reciting Big Boi’s lines, while DaBaby imitates Ross’ character, who was drinking a carton of milk.

The clip ends with the “Suge” rapper looking as terrified as Ross’ character was in the actual film. DaBaby even spilled milk on his shirt to bring the scene to life.

“Where dat bread at,” he captioned the TikTok video.

DaBaby’s acting skills may have landed him a future role. On the red carpet at the premiere of Will Smith’s upcoming film Emancipation, director Deon Taylor had DaBaby join in on his interview with Variety, where they revealed they’re working on a collaboration.

The reporter asked if the two were cooking something up and DaBaby put his finger on his mouth to signal he won’t be saying anything, but Taylor answered the question for him.

“We got something we’re working on right now, it’s going to be incredible,” Taylor said, while DaBaby added: “Absolutely got something I’m working on with the great Deon Taylor, for sure. Believe that.”

Deon Taylor brings DaBaby into his interview with Variety at the #Emancipation premiere and teases an upcoming collaboration. https://t.co/XkCbOl01Va pic.twitter.com/g687NLRFQb

While DaBaby is tapping into his acting skills, the producers and original cast of ATL are working on the official sequel. In August 2021, a teaser trailer was released showing the cast walking down a street with Ray Charles’ “Georgia” playing in the background.

ATL enjoyed a successful run at the box office, recouping over $21 million on a $7 million budget upon its March 2006 release. T.I. briefly teased a sequel in the works in 2015.