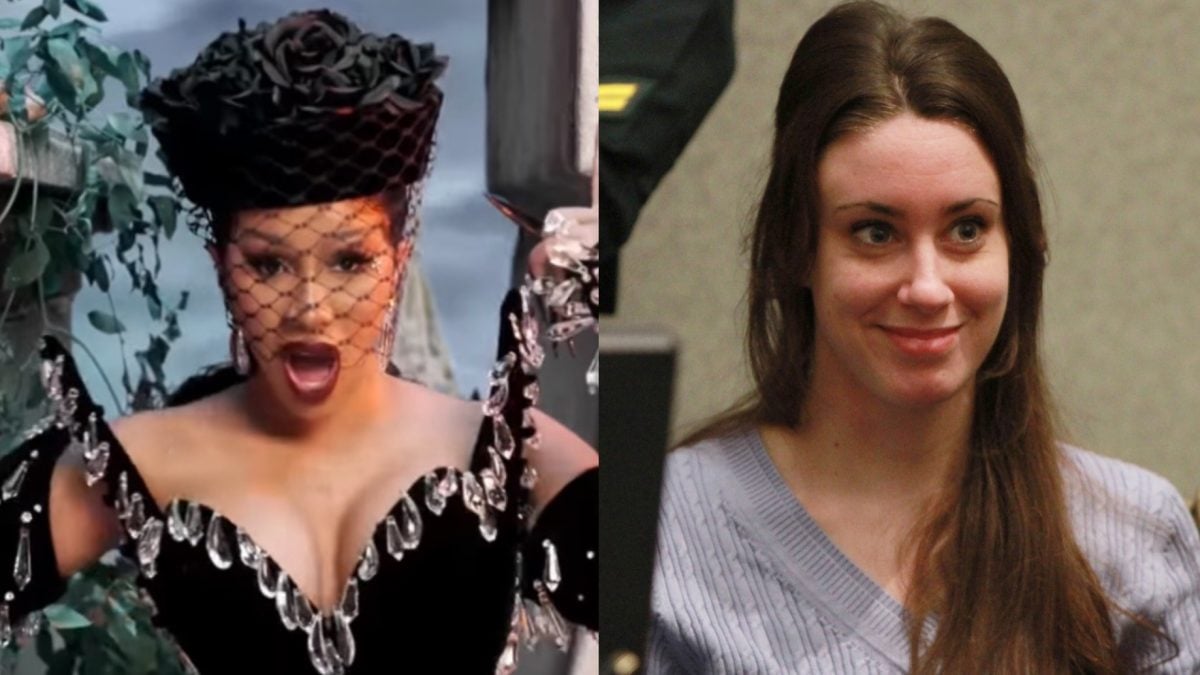 Cardi B has shared some words for Casey Anthony, the woman who pled guilty but was determined innocent in the first-degree murder of her two-year-old daughter Caylee.

The leader of the Bardi Gang apparently watched the new documentary series on Peacock titled Casey Anthony: Where the Truth Lies, which discusses Anthony’s trial, and she wasted no time hopping on her Twitter on Monday (December 5) to give her two cents on the whole ordeal.

According to Cardi, Casey Anthony is not a mother, and the rapper doesn’t feel bad for anything Anthony or the father of her late child experienced throughout the trial.

“I don’t give a deum how they flip it ,switch it, turn it, toss it Casey Anthony is a disgrace of a mother and she shouldn’t have a uterus,” the “Bodak Yellow” rapper tweeted. “I don’t feel bad for her or for the daddy YALL KNOW WHAT HAPPENED to that baby !!!!”

I don’t give a deum how they flip it ,switch it,turn it ,toss it Casey Anthony is a disgrace of a mother and she shouldn’t have a uterus.I don’t feel bad for her or for the daddy YALL KNOW WHAT HAPPENED to that baby !!!!

Three-year-old Caylee was reported missing by Casey’s mother Cindy in July 2008. Casey initially told detectives her daughter had been kidnapped by a nanny, but on December 11, 2008, Caylee’s skeletal remains were found with a blanket inside a laundry bag near her family’s home.

The trial that began in 2011 lasted six weeks and was a media sensation across the country. The jury ultimately found Casey not guilty of first-degree murder, aggravated child abuse, and aggravated manslaughter of a child but was found guilty of four misdemeanor counts of providing false information to a law enforcement officer.

The description of the Peacock docuseries reads: “Considered one of the first ‘trials of the century’ that polarized conversation in living rooms across America, the Casey Anthony case is one that still leaves more questions than answers.

“There have been several movies and documentaries made to fill in the gaps, and yet, the woman at the center of it all remains the biggest mystery. Throughout the exclusive three-part documentary series, Casey Anthony finally tells her side of the story and addresses the public that has made so many assumptions for the past 13 years.”

Cardi B is no stranger to court cases as she’s seen her fair share of them since she blew up on the scene in 2016 with “Bodak Yellow.” She saw a win in her most recent court case, where a man accused Cardi of using his photo for the Gangsta Bitch Music Vol. 1 cover without his permission.

According to Reuters, plaintiff Kevin Michael Brophy was seeking $5 million in damages for not only the unauthorized use of the photo, but the embarrassment he claims the “raunchy” image caused. However, it didn’t work out in his favor as jurors tossed the case and concluded the cover to Cardi’s 2016 mixtape did not violate his privacy.