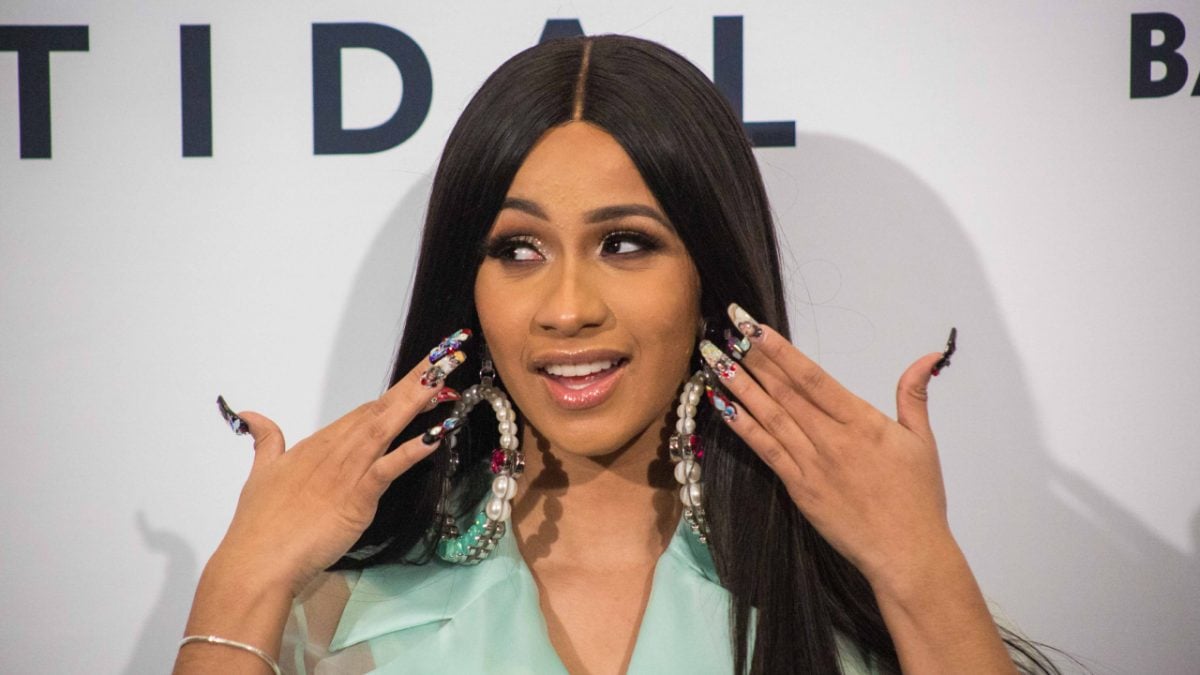 Cardi B is now facing legal action as a result of her wild Marge Simpson costume that she donned for Halloween in October.

Lizzo, who complimented Cardi on her Marge fit, also took a stab at morphing into The Simpsons matriarch this year. She wore a similar get-up to Cardi, and  even went so far as to draw Marge’s facial features on her own face with eyeliner. However, an Italian pop artists thinks Cardi might have plagiarized her work.

As reported by ArtNet News, the artist aleXsandro Palombo created the look in 2013 as part of his Marge Simpsons Style Icon series, and in turn has hired attorney Claudio Volpi, who specializes in intellectual property law, to bring a case against the Bronx-bred rapper.

“Cardi B has illegitimately appropriated the work of aleXsandro Palombo for mere business purposes in defiance of the most elementary rules on copyright and Instagram policies,” Volpi told the outlet, “with the consequent serious risks, both of compensation and of discredit for her public image.”

Palombo reportedly contacted Cardi’s stylist, as well as the Atlantic Records’ publicity team and her photographer Jora Frantzis about the costume. The latter replied and claimed Cardi was unaware “there was an artist behind this image previously” but that she’d be “happy to add credits.” Palombo responded by demanding everyone publish a “remedial” follow-up post that links to his Instagram, but Cardi didn’t oblige.

Volpi has since sent a formal notice to Atlantic Records, requesting Palombo’s follow-up post appear within seven days or that legal action would ensue. No lawsuit has yet been filed.

Cardi’s eventful Halloween comes as she continues to chip away at her highly-anticipated sophomore album. While there’s still no sign of any album, she’s still hit significant milestones this year.

In October, Chart Data reported that the “Tomorrow 2” rapper hit over 100 million RIAA-Certified units sold, making her the highest-selling female rapper to date.

This news comes shortly after the RIAA announced that  “Bodak Yellow” and “I Like It,” featuring J Balvin and Bad Bunny, had each sold 11 million units in the United States.

Cardi also hit another significant milestone earlier this month when she celebrated her  30th birthday with a cabaret-theme party on October 11 at Poppy in Los Angeles, California. She deemed it “Cardi’s Dirty Thirty Cabaret,” and YG, Chance The Rapper, Chloe and Halle Bailey, DDG, Karrueche Tran and DaniLeigh were all in attendance.