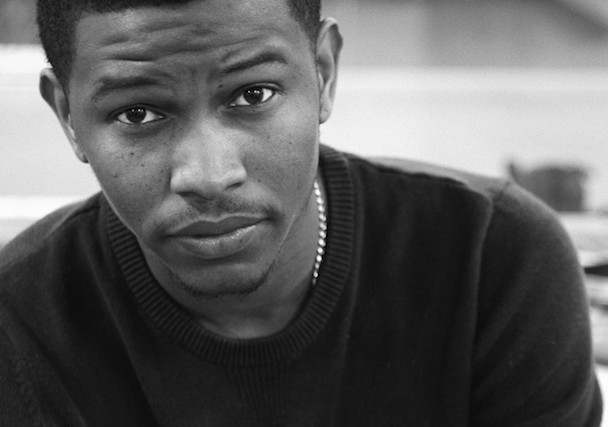 Nick Grant Is The Southern Rapper Purists Can Truly Appreciate

27-year-old Nick Grant couldn’t be any more of an aberration to the modern Southern Hip Hop lexicon. He doesn’t rely on catchy hooks or danceable tunes, but more so concerned with making sure every rhyme and bar hit harder than Mack Trucks. From the sound of his breakout mixtape 88, Grant sounds like someone more inspired by Nas than Gucci Mane. For a young cat out of the A(by way of South Carolina), he even managed to impress the strict traditionalist of Sway in the Morning through a fairly punchy freestyle. There isn’t even much flash to him aesthetically during the initial introduction. Meeting him at a Hustle Gang look shop in Downtown Los Angeles, he was dressed in sneakers, jeans and sweater.

When he spoke, there’s an old-time wisdom to him. Everything starts to come together after five minutes into our conversation. He’s backed by two of Atlanta’s most notable music industry executives, Ludacris’ longtime manager Chaka Zulu and T.I.’s close business associate Jason Geter. According to Geter, “When you run across someone like Nick, he’s inspired me and brought the feeling back of what made me want to get into Hip Hop from the beginning.” While the city’s Hip Hop scene is set up for a constant stream of trap music, Grant getting this kind of support is something to pay close attention to.

Sitting down with DX, “The Jungle” rapper explains how meeting Zulu and Geter changed his career trajectory, the making of his 88 mixtape and why he views longtime friend Cyhi Tha Prynce as one of the best rappers ever.

Nick Grant: I met Jason in like 2011 for the first time and we permanently hooked up in 2014. I met Chaka through him. Being around Jason made our relationship a lot stronger. The number one thing that I learned from them was to get up and chase it like it’s day one no matter how much money you have. Keep the love for it. Before linking with them, I didn’t have as much experience as I have now as far as life and the business side of things. Just my outlook on things I would do differently. It’s about my trying to push the envelope more while in the studio.  Just in life as well, having different things to talk about. With age brings wisdom through being able to see things differently and put it in the music. Before meeting Jason, it was a lot of frustration before that. A lot of music not coming out where I would hold up my end of the bargain and others wouldn’t. When you get with a solid person, things start to materialize.

DX: Considering your age, backing and region you’re based out of, 88 is a pretty bold sounding album. When does the making of 88 come into play?

Nick Grant: That was the thing for me. The main thing was just saying how I felt at all times. Most importantly, it’s how I came up. My grandmother raised me so I had that old school knowledge. That gave me an old soul in a sense. Then there was radio, it was still the south but they played a lot of East Coast music. I had older brothers and sisters who also played this stuff around the house. If I was to gravitate to something else, it’d be like, “how’d he do that?” They played so much of it, how could I not love it or become inspired to be the type of emcee I am today. I was working on the project for like six months. And, those were the worst six months of my life. I had just lost a job, lost friends and family members stopped believing in me. I’m glad it happened that way because it allowed me to see things in people that I didn’t know were there. That was dope and it gave me a whole lot to talk about. That’s all music is experiences. For that to happen and for me to still pull through on this album is dope.

DX: Going more of the traditional Hip Hop route must be difficult considering Atlanta’s current domination through trap. Where did that decision come from?

Nick Grant: I could easily do what they do and be the best at it. If you’re not going to play the game to be the best, then why play the game at all? Why be a rapper if you’re not trying to be like Jay Z, Snoop Dogg, Outkast, Tupac or Notorious B.I.G.? If you’re not trying to be these guys or greater, why do it? I like the diversity, I’ve been there since 2002 and it’s always existed. People like the energy that Atlanta brings. As far as having dope artists with content, message and substance, I think it’s always been there. Like anything, if I keep hitting this wall, something is going to break. I just felt like it was time for it. It’s about what’s going on in the world right now, you have people killing us in record numbers. You don’t want to go to the club all the time, you people to speak about these things. People not speaking about it would be even crazier. I think it’s just time for the message and for people to speak up whether it be music, politics, poetry or whatever.

“For me, it’s just taking my time and slowing the consumer down and making them listen to the music.”

DX: However, on the project you have a Young Dro alongside Killer Mike and Big K.R.I.T. feature with “Royalty” as well who are known for bucking trends within Southern rap norms.

Nick Grant: I’m still from the South so that’s what I listen to as well. I grew up listening to Killer Mike, the first time I heard him was on “The Whole World” with Outkast. I just respect what he’s done musically. Now he’s like working alongside Bernie Sanders. That’s crazy. He gives young men like me something to aspire to.  Scarface is one of the greatest rappers ever to me. The East Coast was more of the most technical aspect of how I wanted to rhyme, but the South had a lot of things I could relate to. I just kind of blended things together to make myself that kind of artist.

DX: Your music sounds slow-cooked compared to the more rushed quantity over quantity feel a lot of artist from the area strive for. Is that a hard thing to do in this rap climate of release after release?

Nick Grant: I feel like the dudes who are really rapping and getting the most recognition take the time to make the music. That gives people longevity and something that they probably won’t catch until five or so years from now. When the new generation comes, they say how dope it was twenty years ago. I feel like they have the same approach as me because we’re cut from the same cloth and influenced by the same people. When you continuously release music, like it’s impossible to continuously release quality music back to back in one year in terms of mixtapes or albums. Then you find that only one of them was good. For me, it’s just taking my time and slowing the consumer down and making them listen to the music.

Nick Says Cyhi The Prynce Is Going To Be A Legend

DX: Many were impressed by your freestyles on Sway in the Morning.

Nick Grant: It’s very important for people to see you as an emcee and not just the song making guy. You have to be great at all things. Michael Jordan was a great shooter, great rebounder and defensive player. To be great, you have to embody everything and I feel as if that’s what I try to do. When people see that in me, I appreciate that. I came up battle rapping and going to different schools. That’s what makes you great from the cipher to the studio. It’s about being great in every situation you’re in. Not just in music, but life in general. You have to study.

DX: Being raised by your grandparents, can you name the best advice you’ve received?

Nick Grant: Your parents not being stable simply put. So, your grandmother and grandfather take on that responsibility until they were able to get stable. That’s just how I ended up in that situation. My grandmother raised me and I wouldn’t have had it any other way. It was stuff that she taught me because I lived so long that she could instill in me. It put me so much further ahead than people in my position in life were at the time. I saw things differently and her voice was in the back of my head if I was ever about to do some stupid stuff. The best advice she gave me was always look people in the eye when you talk to them. That says a lot about a person. Most times when people tell you something that’s not the truth, they’ll tell you something and then look away. That’s one of the main things, especially if that’s the first time meeting you. You have to look me in the eye or I’ll feel as if you’re lying to me. The other one is putting God first. That’s the most important.

DX: Your relationship with Cyhi The Prynce goes back pretty far.

Nick Grant: That’s my brother. I feel like he’s very successful and one of the dopest emcees ever to me. He’s dope and I sometimes feel he doesn’t get the recognition he deserves because he’s so far ahead of his time that people aren’t going to catch it right away. I’ll do anything for that dude because he’s supported me since day one. I’ve known since like 2009 when we first started out together doing open mics. He’s going to be a legend. Kanye saw it. That’s amazing.