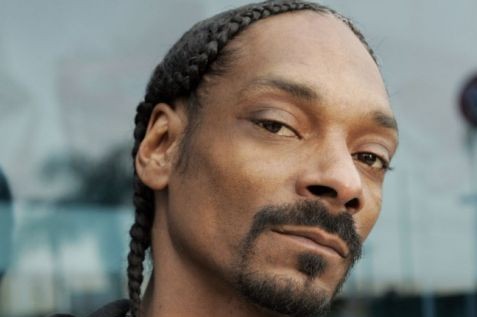 This Halloween, Snoop Dogg will head to court against Pabst Brewing Company for breach of contract and interference with contractual relations, according to The Hollywood Reporter.

In 2011 the Long Beach, California rapper inked a three-year endorsement deal with Pabst Brewing Company to be a brand ambassador for Blast by Colt 45, a new fruity-malt liquor beverage the company had launched.

According to Snoop‘s lawyer, Alex Weingarten, the rapper should have been entitled to 10% of the selling price should Pabst be sold prior to January 2106, in line with the phantom equity clause within the agreement

“In the event that the Blast by Colt 45 brand or the entire Colt 45 brand family is sold, during the 3-year Term of the Agreement or within two (2) years following the end of the Term, Consultant [i.e. Mr. Broadus] will receive 10% of the net price of such sale,” the contract said.

In 2014, Pabst was sold to Blue Ribbon Intermediate Holdings for $700 million triggering the phantom equity clause, however Snoop was never paid his share.

Pabst’s attorney, Richard B. Kendall, disputes those claims, saying they don’t owe the BUSH rapper anything and filed a demurrer to the complaint in July. Kendall states that the stock ownership of Blue Ribbon Intermediate Holdings has changed, however Pabst Brewing Company’s stock ownership was not affected by the sale.

“The Court decided that since Snoop’s counsel did not attach to their complaint the written agreement that absolutely disproves Snoop’s allegations, the court would await the expected summary judgment hearing before taking notice of that agreement,” Kendall said. “We are confident that once that agreement – which proves that Pabst still owns the Colt 45 brands and thus owes no payment to Snoop – is received in evidence, the case will be over.”

“There is a clear and unequivocal conflict of interest here,” Weingarten said. “Lawyers owe a duty of fidelity to their clients.  That means that you cannot represent a client one day and they represent his adversary the next.”

Weigarten has asked that Deixler recuse himself, however Pabst doesn’t see a conflict since Deixler represented him “years” ago.

According to The Hollywood Reporter, Weingarten revealed an email from Pabst General Counsel Jim Vieceli to Thomas P. Conaghan of McDermott Will & Emery that “proves that PBR intentionally sought to structure its deal so as to avoid having to pay Mr. Broadus. This is not some innocent mistake, it is a willful and malicious act.”

“In our final negotiations of the SPA, I’m sure you’ll recall that we have 2 indemnities related to the Snoop contract and Colt 45,” Vieceli wrote in an email dated October, 1 2014. “One of those relates to a potential brand sale of Colt 45. If possible, we would like to amend the SPA to provide that the Colt 45 brand or brand family would not be sold by the buyer prior to March 31, 2016. This would get us outside the window of time in which a brand sale could trigger a payment to Snoop. It was an oversight on our part to not request this at the time.”

Snoop Dogg and Pabst Brewing Company are scheduled to face off in court October 31, 2016.