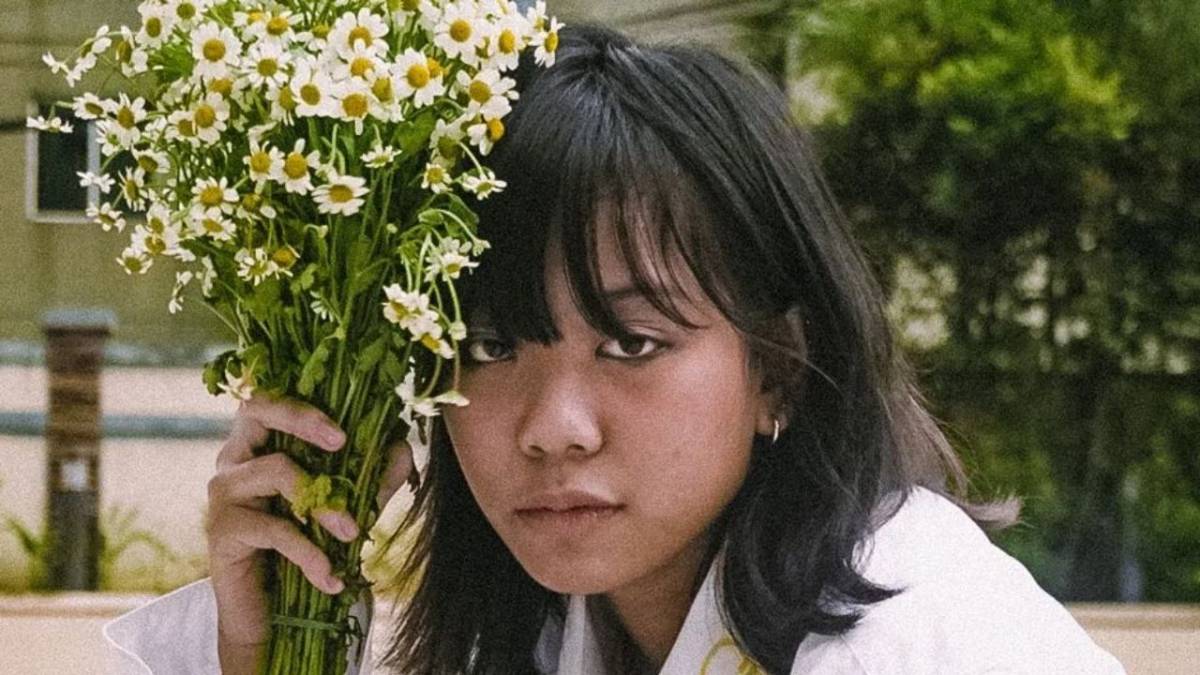 Filipina Rapper SHNTI On Self-Agency & Sexism In Hip Hop: ‘I Make Up For What I Lack When It Comes To Fighting For What I Think Is Right Through My Music’

“My name is SHNTI, without no ‘A’, S-H-N-T-I,” the 19-year-old rapper, songwriter, and design student named after American R&B singer Ashanti (“My dad is a super simp for her,” she explains) introduces herself to me over our Google Meet interview.

It’s a necessary preface in the Philippines, where SHNTI shares the name with fellow rapper and hitmaker Shanti Dope. She’s accustomed to making these adjustments and corrections, a skill she’s developed as a young Filipina femcee (a portmanteau for female emcee) who, like many before her, have sought to carve a space for herself in the male-dominated sphere of Filipino hip hop.

Despite growing up surrounded by hip hop and R&B influences from her parents, she admits that hip hop wasn’t the most natural or conscious medium of choice. She started creating and uploading her own music sporadically on Soundcloud in 2018, while she was in high school. SHNTI recalls her early stuff being more on the experimental and indie rock side, playing around with “invented” guitar chords before fully committing to making hip hop music. (“It’s shitty by the way,” she comments again on her past work).

“As a person, I’m not really good at expressing my emotions, opinions, etcetera, so my output became music,” she admits. She started to explore songwriting after realizing its potential as a conduit for her emotions when she briefly dropped out of Grade 11, the same year she took music-making more seriously. “When I started songwriting when I dropped out and [had] all these emotions, I didn’t think about writing hip hop. It just became rap because there were so many words that I wanted to put out,” she says, eventually writing one of her first hip hop tracks over a free YouTube beat. She even sent out that very same track to Filipino producer, singer, and songwriter Alisson Shore on Facebook.

“I was really brave to let Alisson Shore listen to that. I was so surprised because he actually replied and said: ‘Solid flow ah, this is your first time? You’re so good!’” she gushes, adding: “Looking back when I listen to it, I wanna die.” She attributes this experience when she was a “nobody” that really motivated her to do better.

As SHNTI started to perform in public, she also found other underground female rappers, whom she bonded with, through open mics, eventually becoming one-third of the femcee group, Misfits. “What they do to femcees is, although they acknowledge us, they pit us against each other,” she says in a mix of English and Tagalog, laughing at the absurd notion. She also referenced being held up to the “OG” standard but infers that it’s different. “We’re the new generation.”

“They focus on our looks—that’s not the point”

Like many others, unfortunately, SHNTI also was subjected to harassment and had to battle through the gendered stereotypes in hip hop. “They idolize me, but they sexualize me,” she says.“Even in gigs, they catcall me while I perform. They feel like they can do it.”

She said that while she’s been able to “manage” these situations at shows, the harassment continued online. Many people continued to fixate on her looks, rather than her work.“What I hate about it sometimes too is they don’t really acknowledge our music in the beginning. They focus more on our looks, if we’re hot or sexy like, that’s not the point!”

Transitioning from being an independent artist to signing under to LIAB Studios, the start-up label co-founded by rapper Waiian (an admitted longtime inspiration for SHNTI) and entrepreneur Misha Salud, SHNTI admits that her negative experiences as a young, female artist vulnerable to exploitation made her wary of any opportunities to sign with male managers despite the multiple offers.

It was when Salud reached out to her on Twitter that SHNTI felt it was the best choice to move forward and agreed to be managed by Salud. Currently, SHNTI is the youngest and only female artist in the LIAB Studios’ roster.  Her first project with the label was performing on labelmate and producer Ruiijikun’s Kozzy Times series.

In many ways, her career trajectory is the stuff of dreams for many artists in the Internet age: make music on Soundcloud, perform, get signed, and continue making music that she likes.. If you’re lucky, maybe get to work with people you look up to, as well. “Sometimes I forget Waiian and Misha are my bosses,” she jokes.

The fight is not wasted on the young

The themes of SHNTI’s music touch on the realities of many Filipina women and her experiences as a female rapper, much of which centers on defiance. Whether it’s a rebuke of the “not all men” narrative in “haha, tite” (haha, dick) or her three contributions to the 2021 advocacy album Pasya (Choice), SHNTI is not having it. She wrote these songs when she was 18 years old, an infuriating realization that amplifies how many girls and young women are growing up subjected to these mindsets and behaviors.

In the Pasya project, SHNTI wrote “Free” and “Stigma,” and co-wrote and performed the powerful—and one of HipHopDX Asia’s 20 Best Songs of 2021—“Regla” (Menstrual Blood) with rapper Muro Ami and artist Tao.

Through these songs, SHNTI unequivocally expressed her support for the decriminalization of abortion in the country and likened the role of music as a medium of resistance, writing: “I want to have authority over my body. State laws have been heavily influenced by the church—abortion and divorce laws being a prime example of such unnecessary influence.” In many other ways, SHNTI is also representative of a new generation of women who are cognizant of the power their voices have in lobbying for sustainable change in the country.

She said initially met a “typical negative reaction” to her participation in the project from her family. “Actually when Pasya was released, my family didn’t know I was in it,” SHNTI shares, and tells us they eventually came around to it. Laws and cultural perceptions related to reproductive rights and discourse surrounding women’s rights have always been shrouded in shaming female autonomy in the predominantly Catholic Philippines. Despite this fierce, clear stand on issues, SHNTI doesn’t consider herself to be especially outspoken, saying: “I make up for what I lack when it comes to fighting for what I think is right through my music.”

If anything, SHNTI considers songwriting as therapeutic. “Since I’m not the best at expressing myself, usually there’s just gonna be one night in my room where I write songs and…” she trails off. The acuity of SHNTI’s music for many people is her lyricism. She stretches out the intimacies of her experiences and organizes them into relatable and recognizable stories in a voice many of us recognize young or old.

SHNTI also shares a story when she felt extremely insecure about her skills as a songwriter and, decided to go on Omegle, an online chat website, to feel better. “I was just moping around the whole day and I didn’t have anything to do so I just went on Omegle. Then someone recognized me [on video] and our whole conversation was just her really praising my work and saying my music saved her,” she says as if she still can’t believe the story herself. “It wasn’t like the typical praise just so she had something to say, she was really dissecting my lyrics and I was so touched.” She also shares how many aspiring female rappers also tell her the same thing. “They just don’t know, but I cry over it sometimes.”

Beyond music, SHNTI also wants to explore film and graphic design even further. While she’s set on trying her hand on every creative pursuit possible, she says: “I’m on an adventure to create a new genre. That’s such a reach but it’s like, a dream for me.” As SHNTI grows into her sound and the world adapts to new ways of life, she shares that the COVID-19 pandemic has shaped the degree of self-awareness she employs in her songwriting. “What changed for me from the pandemic is I have to think of the people listening to my music. Even though it’s not for them, it’s my music, but when you’re a person that people listen to you have to be mindful of what effect, what impact, you have on people.”

Note: Some direct quotes have been translated from Tagalog.