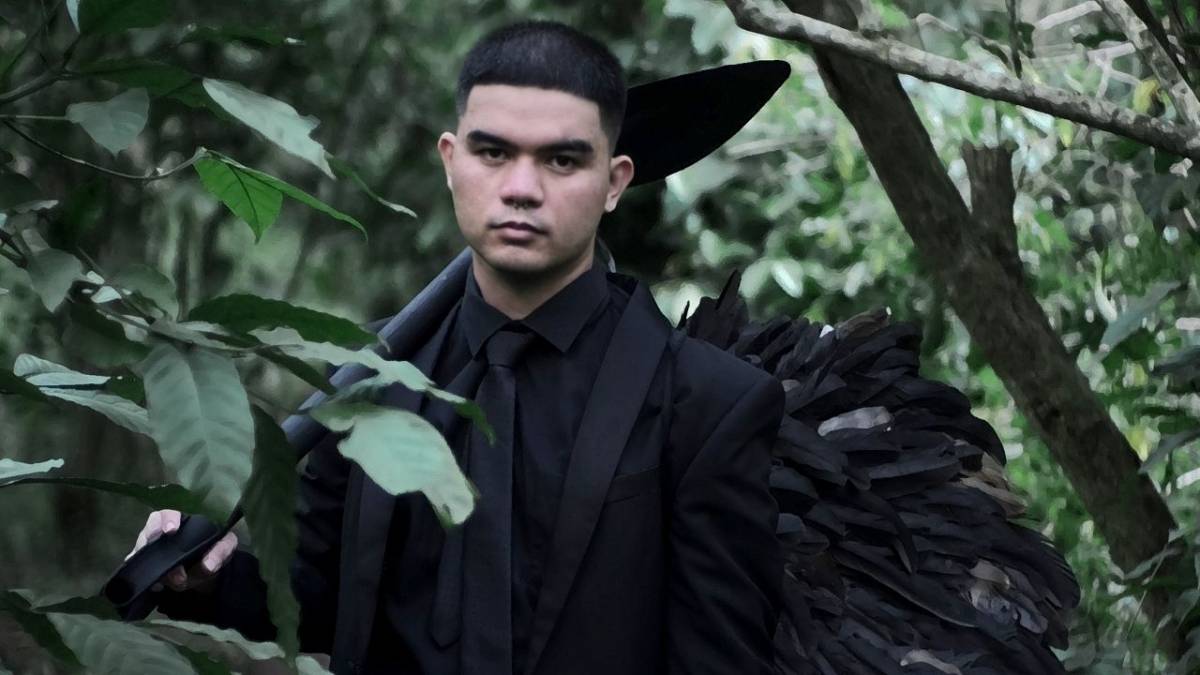 It’s been a week since Alisson Shore dropped his highly anticipated album, GARUDA, but for the Filipino multihyphenate artist, the release is a long time coming—and it’s been momentous.

“[I’m] still living on a cloud nine, basically,” Alisson tells HipHopDX Asia in an exclusive interview two days after GARUDA dropped on October 14. “It took so long to release this album. Sobrang daming frustrations, revisions, bago mag-come up ‘yung 12 and more, if ever. Sobrang saya… nag-si-sink in pa,” he says. (There were so many frustrations, revisions before all 12 came up. So overjoyed, it’s still sinking in.)

The concept for the album started to come together around 2015. However, the drafts didn’t materialize until November 2019, with the singer/songwriter/producer already set on calling his solo debut GARUDA, named after a winged creature (a bird, kite, or an eagle) in Hindu mythology and the vehicle (‘vahana’ or mount) of the god Vishnu. “I’ve been so fascinated with mythology ever since. I treat the album as Garuda. With the projects I make, I name them based on how I see them,” he says.

The mythic theme pervades GARUDA as a high-concept album: from the cover art imagery to pre-release music videos (such as the visual for “ERE”) and sonic touches. 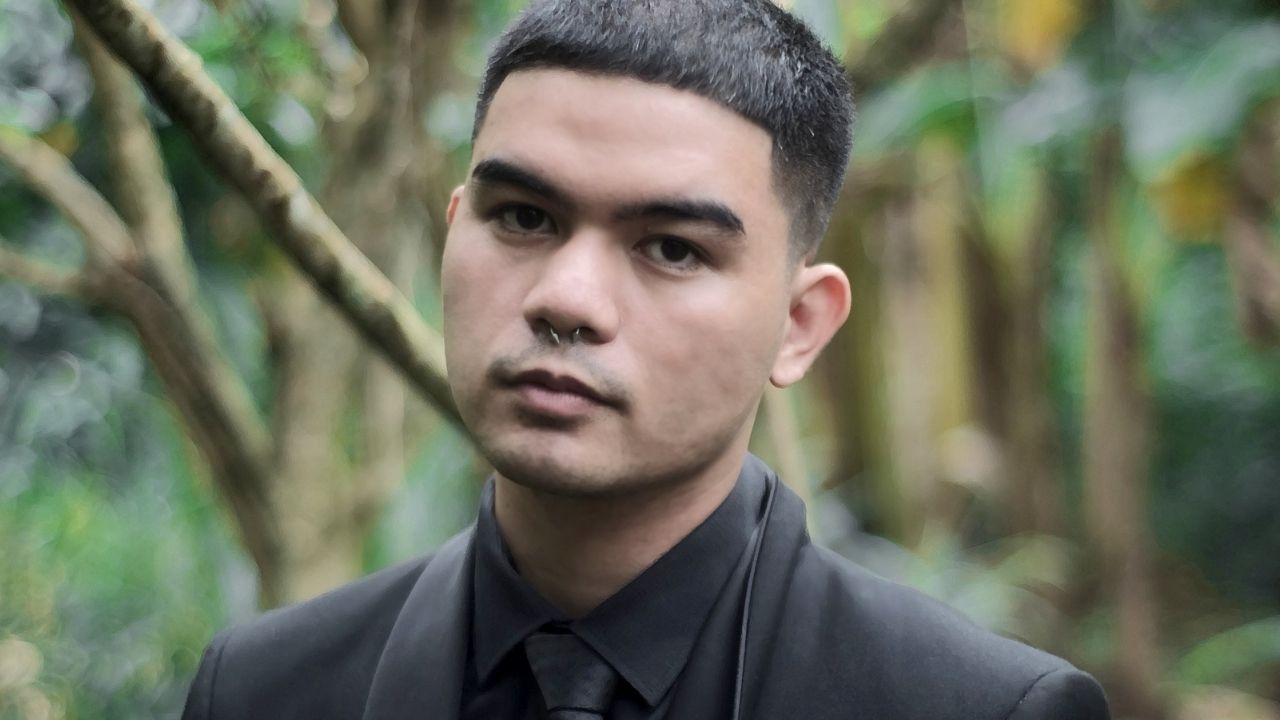 Alisson Shore’s style hasn’t always been within the R&B-hip hop realm, nor was he in the forefront of the action. Although he had a stint in the local metal scene, much of his work was behind the scenes, whether as a songwriter (he co-wrote and produced pop star Sarah Geronimo’s smash hit, “Tala”) or as a recording engineer (including for Pio Balbuena). By the late 2010s, he started delving more into his solo work. As GARUDA started to materialize, he was focusing on future bass and R&B.

GARUDA, however, is unmistakably indebted to ‘90s and early aughts R&B. He names Aaliyah, Ja Rule, and similar artists he listens to and whose styles he incorporated into the album—but mindful of transporting it to present-day context. 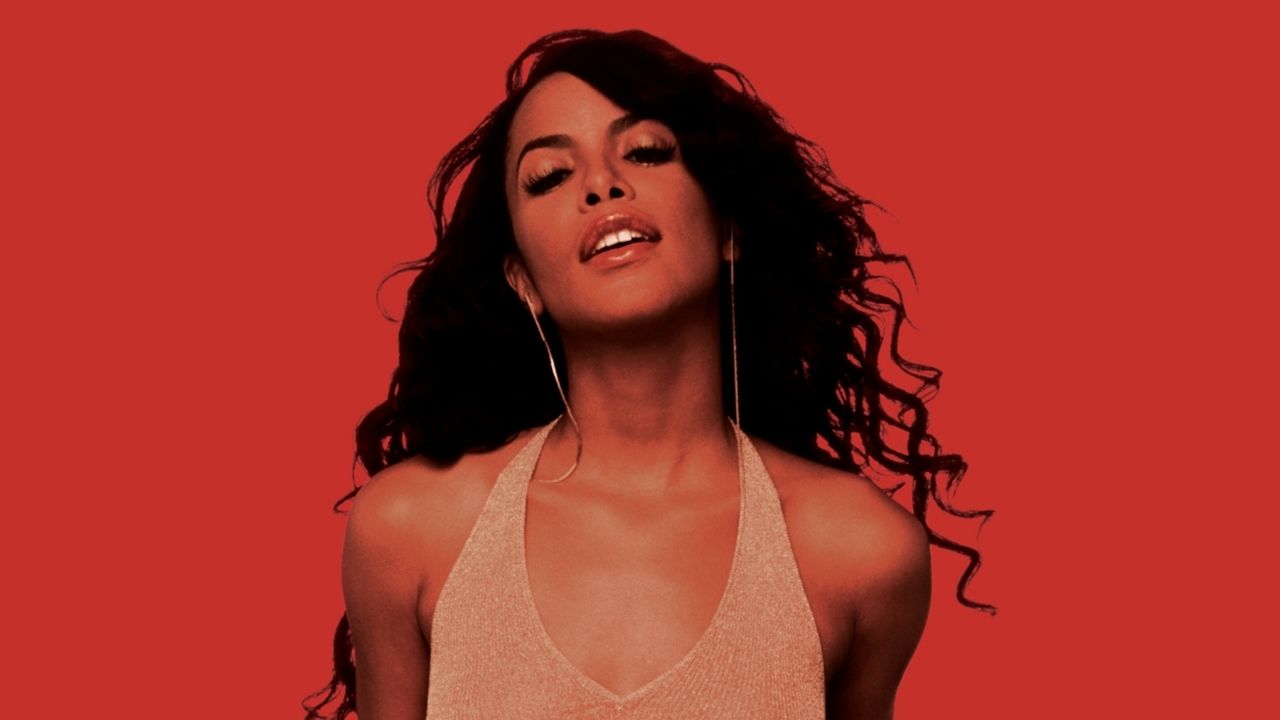 But how does it fit into the pandemic era? “It will still be the same,” Alisson says, although he admits that songs like “HOYA” and “Tagpuan” are products of the pandemic. Ultimately, he sees his songs as stories and hopes that those who listen to them understand what he wants to express.

Alisson Shore takes us through all 12 tracks of GARUDA, sharing with us the stories behind each track, collaborating with friends, and the hilarious challenges he went through on bringing the album to life.

The interview has been edited and translated into English for brevity.

“Since GARUDA is about flight, I guess it’s also my frustration with the pandemic. One thing I wasn’t able to do was to fly. Around then, I was busy arranging my documents for a Japan trip in April 2020.”

“I was looking forward to returning to Japan because that’s where I usually find inspiration, not just with my music. So I guess I channeled all my frustrations into that introduction. It features Japanese soundbites at an airport, setting up the mood for your ‘flight’—going to ‘Tagpuan.’”

Dun tayo sa tagpuang / Walang may alam,” (translates to, ‘I don’t care about roadblocks / We’re bound to our meeting place that no one else knows’) is also about how to get through a checkpoint,” he laughs.

“At that time, there were so many checkpoints. Since we need to work, for example, shooting the video for ‘ERE,’ it was frustrating because we needed a lot of permits so that we could travel around. People think I just make love songs (laughs), but really, I also have regular problems,” he quips.

“It is about meeting with your friends, but also how to work your way around checkpoints, haha!”

“That was created, I think, in March 2019. JRoa and Because had a gig in Tagaytay, or somewhere near Batangas, where I was based at the time. They decided to hang out with Kiyo and me.”

“The thing about those two, as rappers and singers, they’re used in an environment of making songs on the spot. Myself and kiyo aren’t like that, we write songs by ourselves, alone. JRoa ended up writing the chorus, and I liked it. He sent his and Because’s verses over to me, but since kiyo and I took longer to write our parts, the entire song was finished in 2020.”

“I wrote ‘ERE’ and ‘TAGPUAN’ almost at the same time, especially with the talk box elements. Thematically, it’s about being left hanging.”

“But it’s not specifically about me! (laughs) I love my girlfriend. The gist of GARUDA is really about life, and that concept just came to me.”

“Although it was the first single from GARUDA, at the time, it wasn’t really part of the album, which was still shaky then.”

“The song is about knowing your worth, despite all your flaws and misgivings. I added here Because’s cut since they used a sample of my song in one of his songs, ‘Pwedeng Ayusin Natin To’ with Skusta Clee.”

“Because did an outro verse for the song but we didn’t get a chance to discuss that. When I heard it, I got curious and asked him if something comes after that verse or if it’s a part of an album he’s working on. He told me it’s not (laughs), and the producer in me thought, ‘What if I added that verse in ‘Halaga’—so it became a small universe of songs in a way.”

“I saw that fans liked it because they were looking for that verse and found it in ‘Halaga.’”

“This song [which means ‘apathy’] and ‘HALAGA’ are connected. Whenever I make songs, I also visualize how the music video would look like.”

“In ‘HALAGA,’ you’re still unsure of your worth. In ‘APATYA,’ you get your answer, and you decide to set a distance between yourself and your partner, but still in a way, letting them know that you’re available, even as a friend.”

“With Pio’s verse… it’s my first time cursing in a song (laughs). It worked out for the both of us. I pitched the vocals up at the beginning, signifying my past self, how I sounded like when I was younger.”

“Although it wasn’t intentionally positioned as the 7th track, I liked using titles where the actual title isn’t in the lyrics.”

“It’s called ‘SEVEN’ because it signifies being the best. Like with hotels, there are ‘five-star hotels’—this is the superlative equivalent, it’s a seven-star hotel, same with how I treat my woman, my lover: out of this world, rare.”

“I didn’t share this with Just Hush. When I work with other artists, I usually send them their parts, not the whole track. I want them to explore what they can do with that limited space, and from that, I can also expand what they did.”

“When I was writing this song, I was thinking of Nelly’s ‘Dilemma,’ particularly Kelly Rowland’s Microsoft Excel part. I thought of a ‘90s or 2000s R&B-style music video where a man and a woman are on the opposite sides of a wall, texting.”

“At that time also, I was watching old JOJI videos, and he had this line, ‘Unblock me, bitch,’ and I thought of Britney’s ‘It’s Britney, bitch’ soundbite and sampled the ‘bitch’ part in the track, that’s how it came together.”

“The track’s about closure, like, ‘If you want to end this, let’s talk.’ Also, props to DENY; he really brought out the energy in the song.”

“Personally, it’s one of my favorites. I really like minimal house, deep house. I wanted to incorporate house in the album, even for just one track. Thankfully, I was able to execute it well.”

“Basically, the song’s about cheating. ‘That’s why.’ ‘That’s why you’re cold because you already have someone else.’ And then the track’s buildup was something like a film’s title sequence—or an intro to a K-pop music video—even though it’s a dance track.”

“’HOYA’ means gem, or jewel, which is my girlfriend’s name. I really wanted to dedicate a song to her. She’s one of the catalysts on why GARUDA sounds the way it does. She’s part of the quality control, keeping me in balance whenever I tend to overthink.”

“I’m exploring different sub-genres of R&B, and this is more on the softer side. The track’s story is not mine. It’s a true story about two people drifting apart, especially during the pandemic, and you’re no longer in touch with each other, so your relationship now is just based on conjecture, uncertainty.”

“This is for the fans. I’m always very thankful to them. Back in 2016, I wanted to quit music. I’m a perfectionist and nothing’s happening with my career, so I was mulling if I should just quit. Then I read a comment, saying, ‘Don’t stop. You’re lucky because you’re at the bottom right now, and you have nowhere to go but up.’ And that made sense to me; it’s just like stocks (laughs).”

Watch our full interview with Alisson Shore below: