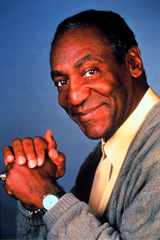 The Language of Hip
Hop — The Good Versus The Bad

Bill
Cosby at this point in his career is not just internationally famous; he has
become an icon in the black community as a successful, inspiring individual who
did not let his color get in the way making his mark on society. So when this
highly recognizable and well-loved entertainer came out two years ago with a
tirade against the black community, citing hip hop and the language associated
with it as part of the problem with today’s black youth, people paid attention.
His rant, delivered at a NAACP event honoring the 50th anniversary
of Brown vs. Board of Education caused quite a stir.

As
founder of Def Jam Records Russell Simmons aptly put it, “pointing the
finger may not be helpful — we still have more struggle as a society and more
work to do to reform it.” (Debate Continues as Cosby Again Criticizes
Black Youths, by Hamil L. Harris, Washington
Post)

True,
there is in fact a negative connotation to some of the language in hip hop, but
conversely this same language has been adopted and assimilated into modern
culture. How can you have politicians, parents and critics lambasting the same
language that is used to market anything from cell phones to Subway sandwiches?
As the oft misquoted line from Shakespeare’s Hamlet states, “Ah there’s
the rub.”

Many
in the hip hop world would tell you that language of hip hop is the language of
the street — the lexicon of the day-to-day struggle in urban life.

It’s
hard to imagine a music culture that has evolved economically and culturally
and has become so widely accepted to still suffer such censorship and harsh
criticisms.

Love: Hip Hop group The Fugees won 5 grammys in 1999
essentially confirming what everybody knew all along — the music is not only
popular but is also highly profitable.

Love: As a recent Time.com article mentioned,
the love affair between hip hop and advertisers continues to stay strong. In
fact hip-hop’s power to direct tastes in everything from malt liquor to SUVs is
constantly being wooed and courted by the advertising industry. (‘Hip-Hop Nation ‘Is Exhibit a for America’s Latest Cultural
Revolution, www.time.com)

Hate: Writer John
McWhorter cites that the language of hip hop reinforces the same stereotypes
that have hindered blacks in this country for decades by glorifying a
“thuggish” adversarial stance that is the “proper” response to an allegedly
racist, never changing white society that continues to oppress them. He firmly
believes that this in essence, retards black success. (How
Hip-Hop Holds Blacks Back,
John H. McWhorter,
The Manhattan Institute’s City Journal). For an
example he cites several snippets from recent rap songs including this one from
one of hip hop’s iconic figures, the late Tupac
Shakur

gotta know how to shake
the snakes, nigga,

’Cause the police love to break a nigga,

Send him upstate ’cause they straight up hate the nigga.

For every positive someone can make a valid point for a negative aspect
to this music. There is no right or wrong here. If you put both sides of this
debate in a room you might as well make it a round room because that’s how the
argument will go.

The
language of hip hop isn’t going to change anytime soon. For every reference to
the N word, guns and sex there are just as many references to empowerment,
being strong and standing up for what you believe. Not everyone who plays a
videogame shoots up a school. Not everyone who listens to hip hop will abuse
women and join a gang. Understanding, interaction and communication is the key
rather than focusing primarily on the negative aspects of hip hop.

It’s like being a part of that brotherly
bond. And that’s the thing that feels good about it. It’s your people, and you
hear other people using it, it’s kind of flattering, you know what I’m saying?
Even if they don’t give the recognition like they are supposed to! It feels
good to hear people out there ‘biting’ [using] your slang, basically. It’s
communication, you know what I mean? It’s communication.” (Ameen, Oakland California
youth talking about the impact of the language of hip hop to an NPR reporter)