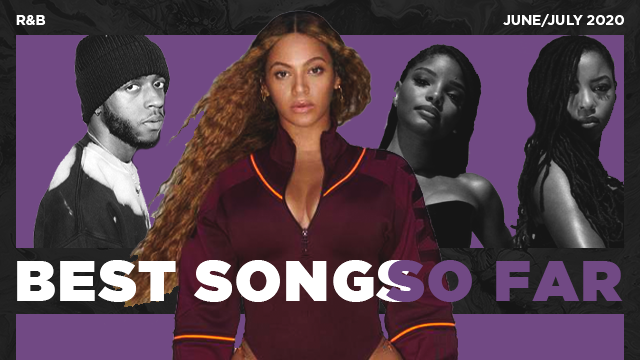 The past few months have felt like years due to all of the chaos happening in the world, but the one consistency has been the amount of good music that’s dropped in 2020. During June, artists released a lot of timely songs to soundtrack the many protests taking place across the world in the wake of George Floyd’s murder at the hands of police. While Hip Hop is usually the genre to tackle these subjects, some of R&B’s biggest acts released protest anthems in June. This month’s list also includes new music from Beyoncé, 6LACK, Chloe x Halle, Justine Skye and more.

The following list is part of DX’s monthly “Best of The Year” series. Check out some of DX’s other lists to stay up-to-date with all of the new music dropping this year.

Make sure to scroll all the way down to the bottom and find HipHopDX’s playlist of the best R&B songs of 2020. And don’t forget to follow us on Spotify!

With the country’s Black Mecca under national scrutiny in the aftermath of the Rayshard Brooks police shooting, 6LACK reminds listeners the city is multi-faceted from his POV on “ATL Freestyle.” The breezy single is packed with plenty of Eastside flavor and a melodic sonic lather of hot sauce to match.

Beyoncé always seems to know the perfect time emerge from her queendom to drop new music. With a new Disney+ visual album set to release later in July, “Black Parade” seems to be an indicator of her musical direction. The single sees Bey continuing her rap-sung style that she’s displayed throughout her last couple of projects. The Queen floats over the instrumental as she asks for reparations for her people and references police shooting rubber bullets at protesters.

Justine Skye knows how difficult it is to cut someone off who you’re deeply infatuated with, as if their presence releases a hit of ecstasy to the neuroreceptors. On “Too High,” Skye tries her best to keep distance, sounding like she’s singing from under a waterfall as she fights the urge to give into her temptations to get back with a guy who she can’t quite get over.

There’s an intimacy unmatched when it sounds like an artist overcome with emotion sat down and just started recording their raw reactions onto a new track. It’s what’s felt when listening to Trey Songz lament on the loss of Black lives “2020 Riots: How Many Times.” Songz’s usually smooth voice cracks and strains as he struggles to vocalize his agony over the countless murders of Black people at the hands of police across the country, resulting in an emotional performance where he knows the question he’s crying out for an answer to is sadly rhetorical.

“Elephant In The Room” – 6lack

You can also check out the best R&B songs from each month: