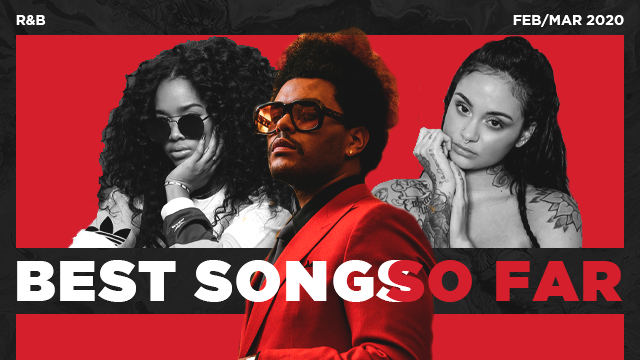 With so much music dropping through streaming, it gets hard to remember which songs dropped each month of the year. This article includes the best of R&B from February 2020 specifically. February had new music from The Weeknd, H.E.R. and Thundercat.

As the Millennium Tour was gearing up to kick off, Pretty Ricky returned this month with a complete R&B banger. It’s a true Pretty Ricky banger mixed with old school LSG.

Mahalia – What You Did

UK singer Mahalia released her project Love & Compromise last year, featuring her track “What You Did” with Ella Mai, which samples Cam’ron’s “Oh Boy.” The song landed on HipHopDX’s Best Songs of 2019 and now there’s a remix with Killa Cam on the track too.

“After Hours” – The Weeknd

The Weeknd’s ability to create hits is uncanny but with his “After Hours” single off his LP of the same name, Abel delivered a six-minute song unlike his previous releases from the project. The beat switch at around the two-minute mark transitions the song from a moody ballad to an uptempo jam. The Canadian crooner changes the mood once again and closes off the song with another beat switch.

H.E.R. has started off the year by releasing a slew of singles, but “Comfortable” is the closest to the sound that made the world fall in love with her voice. The stripped down guitar matches H.E.R.’s vocals perfectly as she displays just how comfortable she is with her artistic direction.

Brent Faiyaz has started to gain recognition as one of the brightest young talents in R&B. On this song in particular — which comes from his new project Fuck The World — Faiyaz demonstrates why he’s starting to gain more traction.

Creating a beautiful melody while singing about a durag is a talent many singers don’t have, but Thundercat is an exception. The bass prodigy’s latest single stays true to form with a funk-inspired instrumental and stellar vocal performance (the comedic video is also required watching). The track comes from his It Is What It Is album, the follow-up to 2017’s Drunk.

Phony Ppl’s latest single delivers a blend of old-school funk with modern vocals and a stellar rap verse from Megan Thee Stallion. What more could you ask for from a single in 2020?