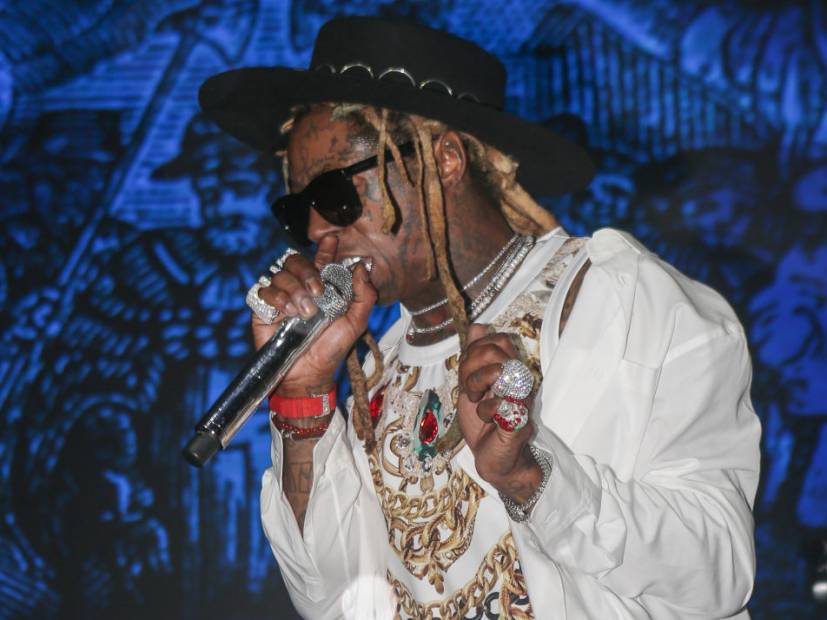 It’s hard to believe we are more than 20 years removed from Lil Wayne’s debut solo album Tha Block Is Hot. But after more than two decades and 100 million albums sold, Dwayne Michael Carter Jr. is a bona fide rap legend. And with his 13th studio album Funeral, released on January 31, he’s proven he’s just as relevant — and lethal — as he was 21 years ago.

The recently minted No. 1 album pushed him past legends such as Elvis Presley, The Beatles and Eminem.

Despite initially claiming he would retire from the game at 35, Funeral proves he’s got a lot of fight — and a lot of bars — left in him. Here are the seven most potent bars from the project, proving even if you spark it up, Weezy F. Baby will put you out.

The Bars: “Me and my dawgs don’t fuck with the rest of ’em/We treat ’em like veterinarians/Me and my dawgs, we come to your area/We gon’ go hard just like DMX and them (Ruff).”

The Verdict: When Lil Wayne gets behind the mic and just snaps, he’s one of the best to ever do it. His influence on 21st century rising rap superstars like DaBaby is evident in this track, where he runs marathons around his contemporaries and shows the kids just how Uncle Weezy gets it done.

The Verdict: Featuring a back-and-forth with the late XXXTENTACION, “Get Outta My Head” is paranoid Weezy acknowledging — and banishing — his demons, be they naturally occurring or drug-induced.

The Verdict: Lil Wayne takes this duet with Maroon 5 frontman Adam Levine to the next level. It’s clear though, they aren’t equally yoked as Mr. Carter eats Levine alive. And that, in and of itself, is a glorious thing to watch.

The Bars: “Oh, you faded? I’m faded out/Oh, you made it? I made it out/But you shady like 8 Mile/8 Ball from Orange Mound, letdown, I lay her down/Like an eagle, she spread it out, ate it out, yeah, I ate it out/I’m a Libra, I weigh it out.”

The Bars: “I don’t sleep and I’m still livin’ out my dreams (I don’t sleep)/Kill you in your sleep and now you can’t get out your dreams (Fuck your dreams)/Notorious B.I.G. said it was all a dream (All a dream)/I’m reppin’ M-O-B, the mob, I got ties (Woo, woo).”

The Verdict: Props to Wayne for getting multi-layered with his lyricism. Here, he references both the classic Biggie track “Juicy” and the recent Drake smash “Mob Ties.” Bonus props for collaborating with Takeoff from the Migos on a track that’s far superior to 2015’s “Amazing Amy.”

The Verdict: Well, damn, sir. We felt some type of way and you weren’t even talking to us.

The Bars: “Welcome to the funeral/We not welcome, we intruded, though/You wanted smoke until you blew the smoke/(Phew)/That’s just unexcusable.”

The Verdict: With “Funeral” — both the album and the title track — Lil Wayne has made clear he’s here to kick ass and chew bubble gum … and today just so happened to be the day that he’s freshly out of bubble gum.