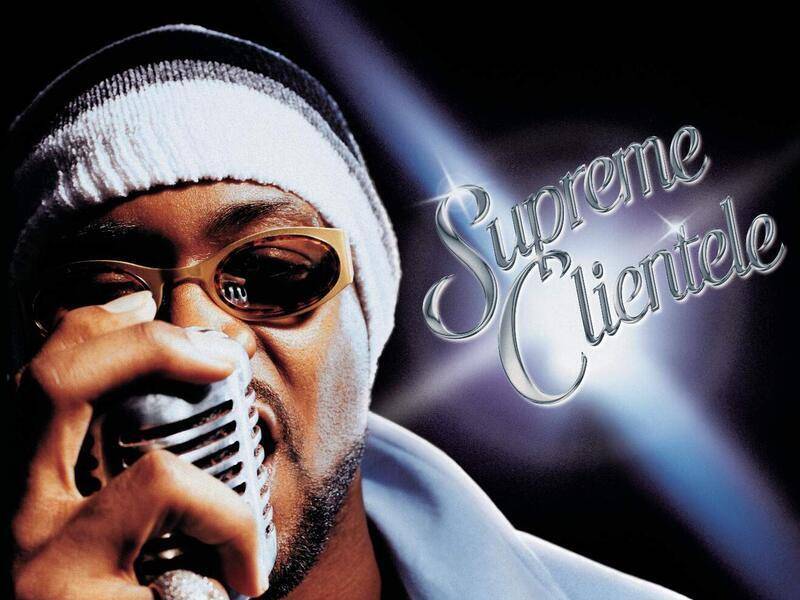 The Wu-Tang Clan MC’s sophomore album had a tough act to follow in 1996’s Ironman. Yet Ghost managed to surpass the high bar set by his debut with a heavy dose of slang-filled rhymes that perfectly complimented the RZA-led production.

Since its release on February 8, 2000, Supreme Clientele has garnered overwhelming critical acclaim and become widely regarded as a classic. The LP is not only some of Ghost’s finest work but also an essential release in the entire Wu-Tang Clan discography and one of the best Hip Hop albums of all-time.

To celebrate the masterpiece’s 20th anniversary, HipHopDX has highlighted some of the best lyrics featured on the project.

From Tony Starks himself to his fellow Wu-Tang members and multiple affiliates, here are 20 classic bars from Supreme Clientele.

“Both hands clusty, chilling with my man Rusty
Low down, blew off the burner kinda dusty
The world can’t touch Ghost, Purple Tape, Rae co-host
Monty Hall expo, intellect, you read pro
Son’s trifling, fuck, wildflower on the cycle and
Picked up the broom, thought I was Michael in
West Brighton Pool, now I’m into iron duels
Turn nuns to Earth’s Whoopi, she at Allah school.”

“Yo, too advanced, Digi stance, made the CD enhanced
I move with the speed and strength of ants
Identical in form with the bees they swarm
Hold up, the cold current appear warm
My first verbal brawl started on some yes, yes y’all
To the beat, y’all, break your windshield, ya Jeep stall”

“Bottles going off in the church, we broke the wine
Slapped the pastor, didn’t know pop had asthma
He pulled out his blue bible, change fell out his coat
Three condoms, two dice, one bag of dope
Ooh, Rev. ain’t right, his church ain’t right
Deacon is a pimp, tell by his ice”

“Yo, sometimes I’m liable to spaz and break fool
Grab my gun, select one, snatch son
Put the barrel by his face, blast one by his eardrum
Piss run, you drop thinking you’re shot
Screaming like a bitch, kicks to your face
Shots to the body that shake like the bass”

“So keep them hands where I can see ’em like you want freedom
You know that saying ‘If you can’t join ’em, beat ’em’
And push your way in
We ain’t acrobats but we flip on occasion
Pick the pace up, pants sagging pull your waist up
Niggas renting slum jewels from Jacob, fool!”

“Wet behind the ear, you’re not prepared
For the project flow with extra stairs
I pass out a vest to wear (bullets flying)
Yo, the hardwire, starting bonfires
Pull the mask so you know it’s me
And your weed got more seeds than ODB”

“Hit the gym for two weeks, my back all chiseled
Elbows unique now meet the new me
Ghetto fabulous, Tone Atlas
Zulu Nation in the ’80s in front of Macy’s, I start my own chapters”

“Taste a teaspoon, 300 goons, stash balloons
Locked in lab rooms, hit with the Glock, stashed in Grant’s Tomb
Clocked him like a patient, his stocks fall, hustle invasion
Knowing now, we copped the block off, the chain tri-color
Freezing in velour, icicle galore
Gas station light gleaming on the wall”

Chip Banks, “We Made It”

“Niggas hate Nino ’cause how fast I rose up
Like George Jefferson and ’em, stepping on ’em
The headline read Starks had the weapon on him
And the vest, what y’all expect? He a vet
Plus the best, now tell me how we gon’ fail
When we dealing with Supreme Clientele”

Hell Razah, “We Made It”

“Analyze this shit like De Niro
Words in your center ear hole
Blocks of ice like Sub-Zero
We been right since day zero
Shatter your soul like glass windows
Turn virgins to nymphos, pop these hollows
At fake cats in a Tahoe”

“Tux tight, all sharp, light up a bark, let’s mingle
Fetch me a Remy Martin on Diamonds
Flare-leg Gucci joints, I never wore
I might give ’em to my brother-in-law
Fitzpatrick, rich bastard, worth more than Egyptian marrows
Borrow the God jewels, Gucci goggles
That’s how the God do, Motown 25
My orals like Smokey’s voice, little moist but choice”

“Incognito, fatal aikido blow, pop a needle
Dick a knock-knee ho, bust out her fetal
Nine-inch long strong, Bobby pop the bitch thongs
Spit on her, then I bang on my chest like Kong King
Merciless Ming, point the killer bee sting
Ring dings, right through your head bing”

“Sucking your teeth ’cause God chain-talking
Like Ghostface this, Ghostface that
Ghost sold crack, now his revelations spoken through rap
Velour’d down like the Sheikh of Iran
Gasoline C.R.E.A.M. wrapped in hospital bands
Model vans, Michael Davis, it’s me against housing
Extraordinary pro-black, sold God creations to control thousands”

“You got beer, weed, guns, AIDS
All these obstacles, it’s hard to make it nowadays
Why’s the devil winning, some say it’s our fault
If that’s the answer, you know smoking cause cancer
Let me drop a bracelet, leave a chain behind
My tape stay at the beginning cause that’s how they rewind”

“Guest starred in mad shit, CBL, Ice Water metallic
Past tense placed in gold caskets
Dru Hill bitches, specialist lounging at the mosque
Suede kufi wrap, undercover dentist
Rhymes is made of garlic, never in the target when the narcs hit
Rumor is you might start to spit”

He bantamweight, fronting majorly, eyes like Sammy Davis Jr.
Rounded off with a fade, G, he sport the Bob Hope classics
Ran down Asics, K-mart, the short sleeve shit be the basics
He eat hams, shitted on himself twice, big-hatted Jews
Rushed the nigga out in Crown Heights”

“Switched to the next scene, I’m at the crib bugging out
On how po’ live, hating plus harassing the kid
Park the truck in the double face garage
Dial 1-900-Raekwon, tell the God shit’s mega real
Flashing me on BET, Planet Groove, Rap City News, NAACP committees”

What’s your favorite quotable from Supreme Clientele? Let us know in the comments.