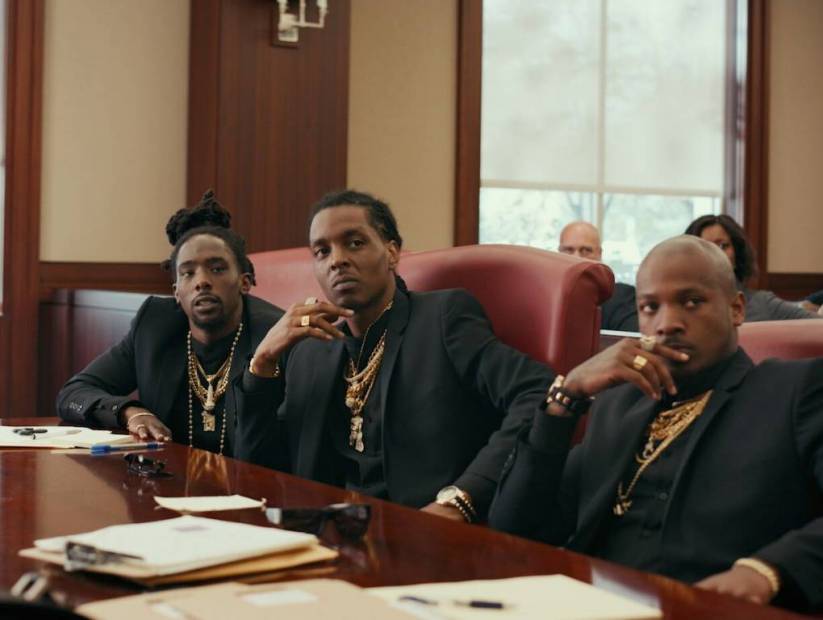 Irv Gotti’s ambition to make the season two opener of his BET series Tales an epic event — couldn’t have fallen any flatter.

Failing to match the over half-a-million viewer of Tales’ series premiere proves that excitement simply wasn’t there. (Who knows if the single will even be released commercially?)

Maybe the series wasn’t ready to make stories out of original material.

Thankfully, Tales’ initial premise of using inspiration from music representing popular and classic Hip Hop standards returns for the better this time around.

Migos becomes the inspiration for a courtroom drama also taking loose liberties with the Atlanta trio themselves. “Slippery” uses the group’s Gucci Mane-featured single from Culture 1 to tell the story of siblings Frank (Boogiie Byrd), Chaz (David Busby Jr.) and Earl (Al-Teron Williams) a.k.a. Block Money Boys. Going from trappers/rappers to superstars running a large drug empire is comically loyal to the source material for the better. Meanwhile, the narrative focused around the result of an FBI raid led by crooked detective Officer McBride (Steve Harris) and “straightlaced” partner Officer Cooper (Dawn Halfkenny).

The story is fairly predictable by the time “Slippery” gets closer to its ending. However, it still manages to be entertaining enough due in part to Steve Harris who is flat out hilariously over-the-top all the way to McBride’s eventual comeuppance alongside comedian DeRay Davis as BMB’s lawyer Davenport.

Fashioned after Quavo, Takeoff and Offset, MBM never really seem to have individual personalities compared to who they’re styled after. This means that the co-stars disappointingly end up in the co-stars’ shadow for a large majority of the episode. Everything else is pretty by-the-numbers as the courtroom drama matches different time skips until the end.

After a disappointing episode one, “Slippery” doesn’t put the series completely back on track but at least its leaning in the right direction. The excessiveness of everything from the plot to the acting is campy in the same way that makes Empire so popular. Most importantly, Harris is too great. There’s just something so comical when Cooper yelled “Shut up bitch” to several characters.

Though Tales hasn’t found its mainstream footing viewership wise just yet, “Slippery” isn’t bad compared to “Brothers.” As of now, there isn’t an episode that reach the brilliant concepts of “Fuck The Police” or “Trap Queen.” Next week, the series steps away from rap and more into R&B for its take on Mary J. Blige’s “My Life.” Stay tuned for an early review of the episode before it airs next Tuesday.