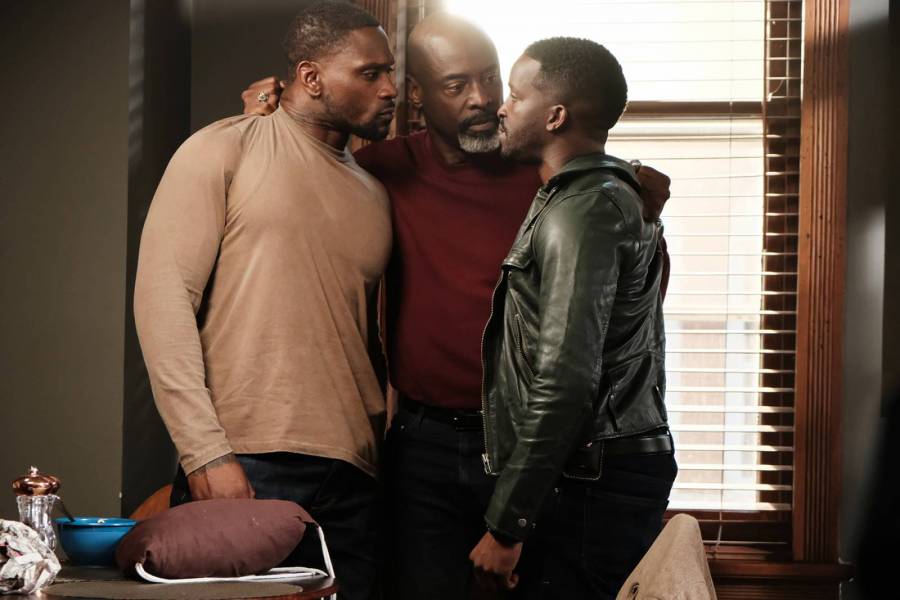 BET’s Tales series was an under-the-radar hit for the network built around capturing various aspects of black culture. The incorporation of Hip Hop classic records and modern hits to inspire various stories worked well enough for the Irv Gotti-produced series to get a second season renewal.

For season opener “Brothers,” Tales leaves the reliance on past and present tracks behind in favor of unreleased Kanye West material. The problem is that the track sounds like leftover material that shouldn’t have seen the light of day. However, the worst offense comes from having viewers slug through a by-the-numbers family cop drama just to hear it.

“Brothers” tells the story of siblings Paul (Elijah Kelley) and Jimmy (Thomas Q. Jones). Older brother Jimmy is sent to prison after pretty much-killing someone during a fight over disrespect of his then-girlfriend Viveca (Basketball Wives star Draya Michele). Fresh out of jail, he discovers younger brother Paul is not only in a relationship with his former significant other but, sees the big/little brother dynamic reversed. Meanwhile, Isaiah Washington attempts to salvage their relationship (and the episode) as Paul and Jimmy’s father Malcolm.

Somewhere in between is a subplot regarding a drug investigation as Paul followed in his father’s law enforcement footsteps while Jimmy spent time behind bars. It’s all a mess that clumsily comes together by the episode’s final moments.

The episode’s biggest problem is the two-hour runtime that could have easily been cut down in half. Alongside some sloppy editing, some narrative points just don’t make much sense at all. There’s a moment earlier during the episode where Jimmy and Viveca speak on loving each other forever outside of him fighting for her honor against sexist hecklers for them to later dismiss it as both being young and dumb. Even the portion where both brothers put aside their differences in the finale seems simply slapped together.

By the time the anticipated ending track the episode is based around starts to play, everything feels anticlimactic without any satisfying payoff. Part of Tales’ charm is that many viewers already have a familiarity with the music unless they’ve been living under a rock.

Season one highlights like “Fuck The Police,” “Children’s Story” and even “Trap Queen” worked because the narrative themes of the actual song matched the approach taken in the story. “Brothers” thematically feels like a rehash of Kanye’s “Big Brother” track from his Graduation album. Considering the nearly two years in the making track, it has a throwback Ye sound that’ll remind many of his My Beautiful Dark Twisted Fantasy era. Tales’ take on the music feels slightly artificial and seems to be created to ride the controversial wave of Kanye.

Future episodes will continue the first season’s take on more known singles. This includes classics from Lauryn Hill, Nas and Geto Boys aside from contemporary tracks by Lil Uzi Vert and XXXTENTACION.

Hopefully, those episodes will fare better since the possibilities for those feel seemingly limitless. Until inspiration can be found by unreleased music that’s actually good, maybe Gotti should stick to that.

Verdict: Watch it in the background