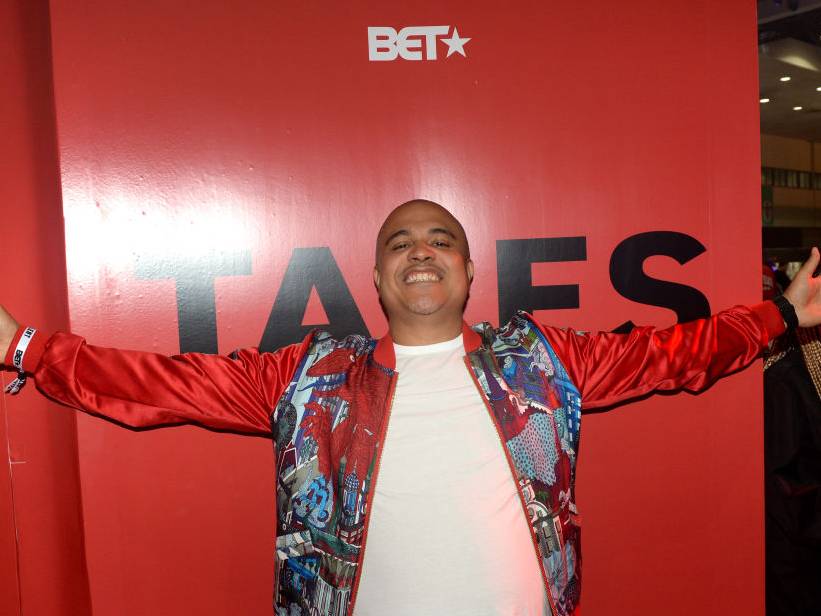 There’s even a rap group called C.W.A. (That’s Crackas Wit Attitude for all you slow-to-catch-on types.)

Season one also featured a modern literal adaptation of “Children’s Story” narrated by Slick Rick himself. Outside of pleasing rap traditionalist, more contemporary Tales also gets the same treatment with “Trap Queen” revolving around the romance of a drug dealer training his significant other in joining his business.

This all comes from the mind of Murder Inc founder Irv Gotti who serves as producer, director, music supervisor, and occasional actor. For season two, Gotti spent time with Kanye West creating original material for Tales through “Brothers.” This will set the tone for a season featuring music from all worlds of Hip Hop including Lauryn Hill, Geto Boys, Migos, Cardi B, Nas and more.

As season two is set to premiere on Tuesday (July 2), HipHopDX speaks with Gotti about creating “Brothers” with Kanye and other things in store Tales by way of horror-themed take on Geto Boys classic “My Mind’s Playing Tricks On Me” and more.

HipHopDX: The debut season of Tales included the controversial “Fuck The Police” episode, which, has to be the wildest thing I’ve ever witnessed on television.

Irv Gotti: I fought to get that episode. I really fought to get that. The concept of “Fuck The Police” is police brutality. We’ve seen white cops beat up black people since forever. That’s where I got the idea for the race reversal. It took a little convincing but it worked. I got the blessing from N.W.A and asked them if they wanted to participate in the episode as well.

HipHopDX: This season kicks off with “Brothers” with Kanye West and Charlie Wilson alongside production from you and Channel 7. How did all of that come together?

Irv Gotti: So I got with Kanye around October of 2017. I was talking to him about him giving me a new record for Tales. It took a few months and he finally came around to do it. By that time, we sent Kanye a bunch of tracks to listen to and he gravitated to “Brothers.” It’s a great uplifting song and episode and he did it. After he did that, it took a minute to get clearances and whatnot back. I got it done. The theme of the episode is about two brothers and their father. The brothers beef a little and then eventually come together.

HipHopDX: You hinted about the track during your last stop on The Breakfast Club and called Kanye one of the most controversial artists of this generation. There seems to be a real split in regards to people’s feelings toward him. Why continue working with him?

Irv Gotti: Kanye is definitely one of the leaders of this next generation. He’s one of the people that everyone looks to as an innovator and genius at what he does. He was number one on the list to get because if I do it when other artists would follow around the time of season three.

HipHopDX: This season of Tales also continues the series take on both modern hits and classic Hip Hop. What goes into your process of selecting music?

HipHopDX: Alongside the first season, was there any song that you went out for that you weren’t able to secure the rights for?

Irv Gotti: Not really. Every song that I went after, I’ve gotten cleared. I’ve yet to be denied for a record. I got Lauryn Hill’s “Ex-Factor” and she’s a very hard artist to clear. I also got Dr. Dre and Snoop Dogg’s “Deep Cover.” I’ve been blessed to have people understand and be cool with me using their songs for this project.

HipHopDX: What were some of the biggest lessons you learned from season one coming into season two?

Irv Gotti: Season one was my thoughts coming to light. What I learned was that I could do it and do it right. For season two, I got more money and was able to bring to life my ideas bigger and faster. I think I’ve done that. I’m super excited for people to see this season because I really did my thing.

HipHopDX: This season also brings in a new set of actors for the series including Isiah Washington, Elijah Kelley and Draya Michele who are all in “Brothers.”

Irv Gotti: We got Mack Wilds alongside newer artists including Justine Skye who is in “Bodak Yellow.” We got Rick Ross. Dave East serves as the narrator of the gun in “I Gave You Power.”

With Tales we take on new actors and actresses alongside with established.

HipHopDX: You’re also doing a story based on Geto Boys’ “My Mind’s Playing Tricks On Me.”

Irv Gotti: Scarface is in the episode as well.

HipHopDX: Dope! This episode is dropping as Hip Hop deals with the loss of Bushwick Bill. Can you explain the premise?

Irv Gotti: He’s a legendary figure in Hip Hop so when he passed away I was sad about that. With the Geto Boys, I talked to Scarface a lot because he’s a really close friend. Scarface loved the idea and wanted to do it immediately. That episode is a horror episode. You need to tune in, it’s crazy.

HipHopDX: Outside of Tales, what else should we expect from your production company.

Irv Gotti: I got a bunch of shit. I have a Muder Inc. documentary and television series. We’re doing a spin-off based on the “Trap Queen” episode from last season called Trap Queen: The Series.