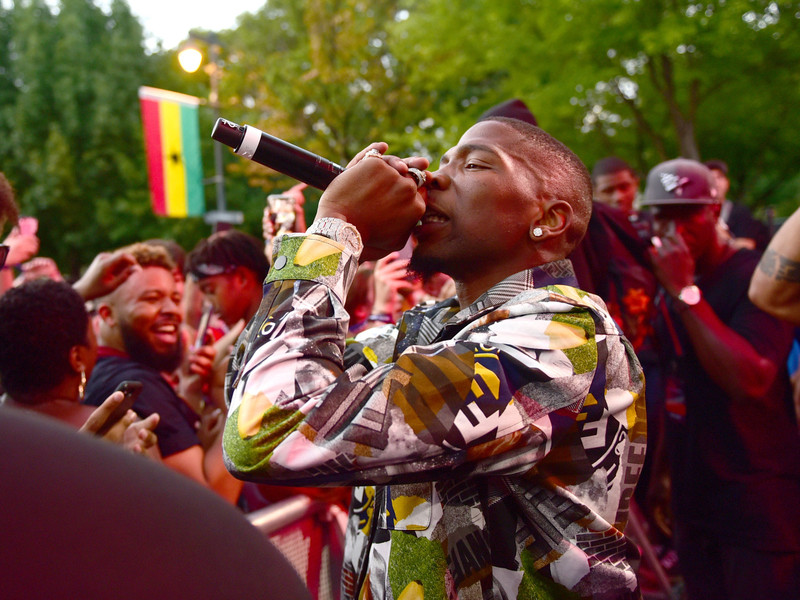 The Fortnite video game has incorporated BlocBoy JB’s “shoot” dance, and he’s upset that he hasn’t received his just due for it.

In response to a fan, Santigold revealedLauryn Hill removed her from The Miseducation of Lauryn Hill 20th Anniversary Tour without any type of proper notice.

The talented lyricists announced they just made a “SLAPPER.”

*BREAKING NEWS* russ is still a bitch I don’t care what nobody say we wit the shit off and on the internet no cap..

Yung Bans claimed he was hacked and never settled his issues with Russ, jumping back on the Russ hate bandwagon.

Ill just design them for u guys and send a box thru how about that. ? https://t.co/R6On3lfHlR

When a fan asked for permission to use Travis Scott’s album artwork on their high school class sweaters, La Flame one-upped him by offering to design and send them himself.

Nicki Minaj said “you made us look crazy in front of white people” like girl WHAATTT??? Who tf are white people? All they do is capitalize off things black people created FOH get y’all lil coon…..I mean Queen

After clashing with Cardi B at a New York Fashion Week event, Nicki Minaj went on Queen Radio referring to white people as “upper echelons,” saying “how we made ourselves look was mortifying” when speaking on the situation. Twitter wasn’t having it.

To the youth- Stop with these dumb ass drugs. Im going to let something out. When me and omarion worked on FACE OFF album. I was high off lean everyday! When yall saw me on BET going off on torae i was high off lean. My attitude everything changed. My fans started to…

Turn on me my family too. I never promoted lean in my songs. The whole time i was on the UCP tour with chris I WAS SIPPING 4’s atleast 7 times a day. I was addicted until our show in Cincinnati.. i came off stg and passed out woke up in the hospital i was having withdraws

In the wake of Mac Miller’s tragic death, Bow Wow wrote a long post encouraging the youth to be drug-free, opening up about his own addiction to lean.