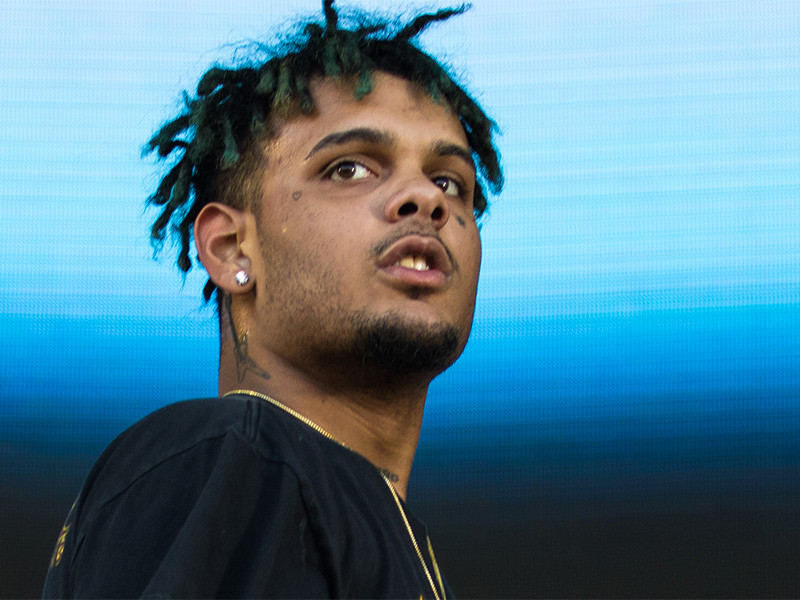 Mere hours after Russ threatened to leak video of Smokepurpp or Yung Bans catching hands backstage, video has emerged of the scuffle between Russ‘ crew and another artist.

During his interview on The Breakfast Club, Russ didn’t reveal which rapper was involved in the incident, but video shared by DJ Akademiks shows that Smokepurpp was the artist attacked.

In the video, Russ and his crew can be seen jumping Smokepurpp while backstage at Splash Festival in Germany.

According to the caption provided by DJ Akademiks, the altercation came about after Smokepurpp referred to Russ as a “bitch” and used his sister as his Instagram profile photo.

#smokepurpp clarified what happened at Splash Festival. He says he got jumped by 7 dudes and Russ did not touch him.

While speaking with The Breakfast Club on Tuesday (September 11), Russ referred to both Smokepurpp and Yung Bans as “clowns” before speaking on the existence of the video.

“Those two kids, those are clowns, bro,” he said. “We caught one of them at a festival. That muthafucka knows what time it is …We got video too. I’ll leak the video of you getting your ass beat, so I suggest you tread carefully.”

Yung Bans also responded to the threat with more hostility.