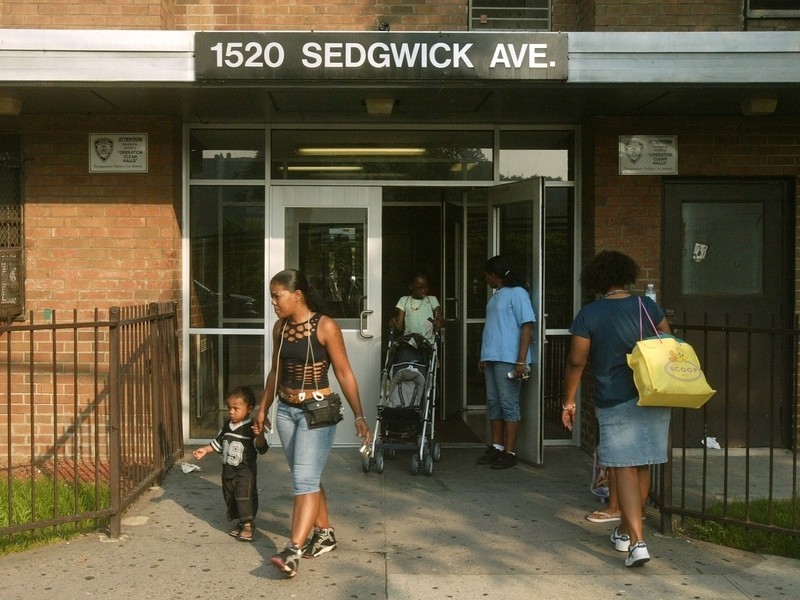 The culture that molded, influenced and (gasp!) even raised so many people across the globe is now 45 years young.

Throughout its heyday, it’s managed to avoid extinction, scrutiny and while reveling in controversy to the point it is the dominant musical genre in the present day.

To celebrate its Born Day, we over at HipHopDX took a trip down memory lane (word to Nas’ Illmatic) to reminisce on the first albums we ever bought. (Something the current generation will unfortunately likely never experience.)

And don’t hesitate to share your experience on the matter as well. The comment section is open.

The first album that I bought was Outkast’s Speakerboxx/The Love Below back in ’03. I was eight years old at the time and watching the extravagant “Hey Ya” and “The Way You Move” videos was something my older siblings and I did on a daily basis. When the album dropped, we put our money together and got our parents to take us to pick the duo’s fifth album (the clean version of course). Despite not understanding a lot of the content at the time at such a young age, the musicality and groove displayed on records like “Roses” and immaculate storytelling heard on “A Day In The Life of Benjamin Andre” were undeniably good.

Those were our favorites and looking back has shaped a lot of my musical preferences to this day.

Editor-In-Chief’s Note: SMH. Would someone please clear these muthafuckin’ songs?!

I owned several full bootleg rap albums but my first actual retail hard copy was the Murder Was the Case soundtrack on cassette. (Nostalgia aside, I still rank it at No. 1 on the Hip Hop soundtrack list.) Being a big Snoop Dogg fan, I easily convinced my mother to buy it for my 11th birthday but there was a bit of controversy in the car ride home from Media Play. My little brother screamed and told me to read the title to track No. 7 (“Who Got Some Gangsta Shit?”). My mother gave me this stern ass look and told me, “If you just got some trash, you know I’m taking it” but thanks to my trusty Sony Walkman, the raunchy project mostly stayed blaring through my headphones.

Damn, those were the days of the past.

I got Tone Loc’s “Funky Cold Medina” single the same day I got my first Hip Hop album — the Beastie Boys’ Licensed To Ill. My dad, who’s a musician, used to take my little sister and me to our local record store once a week. On this particular day, my mom was waiting in the car as we ran into the West Omaha location of Homer’s Records and Tapes. My dad actually knew about the Beasties already and bought the tape for us. I was really, really young and probably had no business listening to songs like “Fight For Your Right” and “Girls,” but I digress.

Anyway, he popped it in the cassette player (yes, it was a tape) and the second that 808 hit, it was over for me. I can still hear my mother saying, “Turn that off Bill!” She was not a fan. But I was entranced by the simplicity of Rick Rubin’s production and the apathetic attitudes of Ad-Rock, Mike D and MCA. But the bass on songs like “Hold It Now, Hit It” and “Time To Get Ill” had little Kyle digging for more. That album marked my introduction to Hip Hop and I’ve been gettin’ ill ever since.

I don’t remember the first album that I ever heard, although it was definitely a Cash Money Records project. But, I do remember the first LP I bought with my own money – not that I’d earned the money or anything. It was Method Man’s Tical 2000: Judgement Day, which was released around my birthday. My mom gave me some money as a birthday gift and Method Man’s second album was my first purchase with the cash. I had become fixated on his “Judgement Day” single, staying glued to MTV (remember when they used to play videos!?!) and BET to watch those crazy, apocalyptic-style visuals. I even ordered it on The Box (long story if you’re unfamiliar with the channel) twice.

Getting the album so I could listen to it whenever I wanted seemed like a good investment to my younger self.

What’s the old adage? If you want kids to gravitate toward something, tell them they can’t have it. We weren’t allowed to listen to the local pop radio station on my bus because some kid’s parents called and complained after he told them Nelly’s “Hot in Herre” was blasting through the speakers on his way to get his valuable suburban education. Naturally, I was enthralled by Nelly’s music. His doubled-up, high-pitched delivery, combined with Pharrell’s ear-grabbing production, had me swearing to my mother up and down that it was OK for her to by the explicit version of Nellyville, because only a few songs had curse words and I would never subject my 12-year-old ears to such profanity. “Air Force Ones” had me wishing I had two pair, while “#1” made me feel like, well, just that.

In subsequent years, the likes of T.I., JAY-Z and Kanye West would put Nelly firmly into my second (and even third) tier of favorites. But put on Nellyville, and I’ll still dance like I got pimp juice in my veins.

The first rap album I got was Young MC’s Stone Cold Rhymin for my 10th birthday in 1990. It may seem corny now but Young MC’s debut hit single “Bust A Move” made me really fall in love with Hip Hop. The B-side of that single “Got More Rhymes” was the first song I memorized. I had no turntables so I used to try to play DJ with both tapes in two stereo tape decks with the cassette single and the album cassette.

Young MC was considered “safe rap” like MC Hammer and DJ Jazzy Jeff & The Fresh Prince, but that album — and the other artists like Tone Loc on the Delicious Vinyl label — took me down the rabbit hole to learn the rap music industry, reading liner notes and such. Those artists deserve a lot of credit to help push rap music’s emergence into Top 40 radio when it was scratching the surface during glam rock’s heyday.

I got The Eminem Show in 2002 during a family road trip. My cousin was a huge Slim Shady fan so he convinced his dad to stop at Best Buy and get us his latest CD. My uncle thought he was getting the clean version but unfortunately for him and maybe fortunately for us, he didn’t notice the “Parental Advisory” sticker. Throughout the entire road trip, my cousin couldn’t stop chanting the chorus of “My Dad’s Gone Crazy.”

I remember being dumbfounded by Eminem’s music, feeling confused as to whether or not he was pretending to go off the rails or was actually spiraling out of control. “What’s up with this dude? Is he okay?” — My nine-year-old self wondered.

Though a new generation of listeners missed the boat, iconic rapper LL Cool J is — and always will be — one of my favorite artists. There was a kid at my babysitter who had this huge boombox and used to dance to ”Around The Way Girl.” Obviously, I became obsessed with the record. I had just gotten my first boombox for my birthday, and I shoveled insane amounts snow (because I was terrible at business apparently) to make money to buy my first tape: Mama Said Knock You Out. I still have it to this day — although, it’s been eaten and re-spooled too many times to count.

Beyond the surface singles, there were some serious gems on this album; ”Mr. Goodbar” and ”Milky Cereal” sparked my love of B-sides. This album holds up — don’t @ me.

Now, it’s your turn. What’s the first Hip Hop album you ever owned?