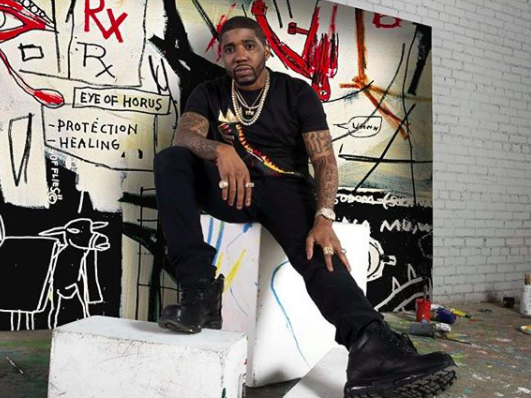 YFN Lucci’s debut album, Ray Ray From Summerhill, isn’t selling as he expected. His mentions were full of advice after he took to Twitter to complain and look to his fans for answers.

I Stunted My Growth And Got Some Type Of Fat Boy Disease And Have To Get Surgery Over My Heart On My Chest Been Avoiding This Since The Start Of My Career , Checking It Out Today With A Positive Mind Pray For Me 🙂

Though we don’t quite know what “Fat Boy Disease” is, we know it’s serious enough that Ski Mask the Slump God will require surgery.

Lil Xan got a message for y’all who think he was p*ssy for having the cops escort him away from 20 angry Tupac fans who were tryna jump him pic.twitter.com/BKA5NoL3hv

Lil Xan addressed the haters who came at him for having the police protect him. He wants us to know he’s “not a gang rapper” and “not all cops are bad.”

SahBabii, best known for 2017’s “Pull Up Wit Ah Stick,” played a preview of his new music in a video that consisted of him flashing his jewelry.

Explain to us the correlation between giving BP an A- & failing black as a whole?

And why doesn’t the black media just come out and say we don’t like Lupe fiasco because he called Obama a terrorist instead of doing all these logic gymnastics?

Twitter has been on Lupe Fiasco’s case after he shared a video critiquing the popular Black Panther film, calling it “overrated. The opinionated rapper stands by his statements and believes the hate towards him is misdirected.

Adam22 of No Jumper Issues Statement Regarding Rape Allegations

Fans typically turn to Adam22, real name Adam Grandmaison, for jokes and new music. On Friday (March 23), the No Jumper founder hit Twitter on a much more serious note by addressing a rape case he is currently fighting.

I WANT ALL THE SMOKE.

Until this week, YG remained silent while other rappers questioned 6ix9ine’s gang ties. Now, the Compton native is no longer holding his tongue after 6ix9ine fired shots at him on The Breakfast Club. An Instagram video and several Tweets later, it’s officially beef.