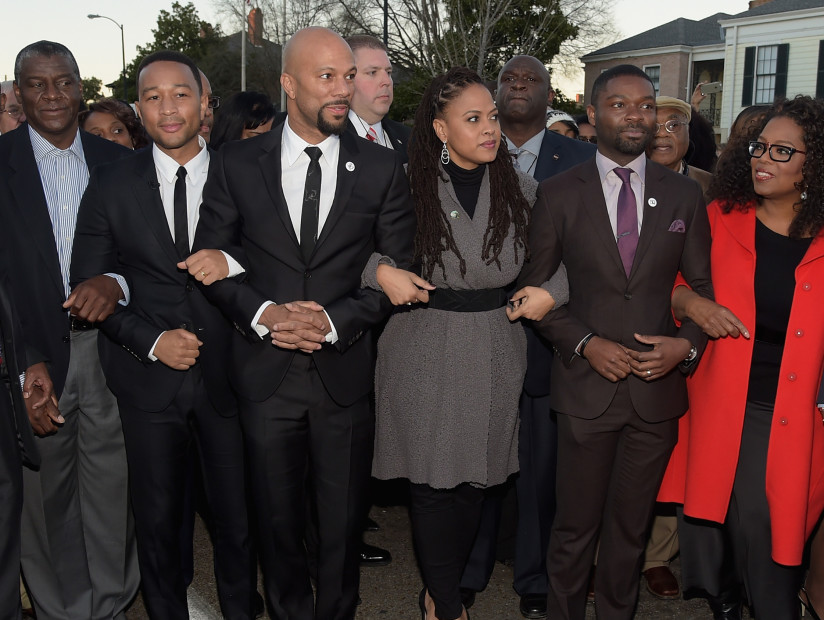 Dr. Martin Luther King Jr. has been the subject of several rap tributes and references over the years. And like clockwork, there have been several MCs who have dedicated their lives as much to the betterment of society as to their rap careers. In honor of what would have been the late, great civil rights leader’s 89th birthday, here are eight rappers who have given their time and money to advance King’s dream.

Just call him Chance the Activist. Lil Chano from 79th was so troubled by the pervasive gun violence in Chicago that he and his father, Ken Bennett, kicked off a social media campaign to quell the killings. #SaveChicago ran on Memorial Day Weekend of 2014 and was responsible for 42 hours without a fatal shooting in Chicago.

Chance also runs a youth-focused charity called SocialWorks and donated $1 million to Chi-town’s public school systems in March 2017. He was named BET’s 2017 Humanitarian of the Year for his generous spirit.

If there’s one rapper who promotes King’s spirit of positivity, peace and perseverance in his music, it’s Lonnie Lynn. Common even sampled King’s iconic “I Have a Dream” speech on the will.i.am-assisted “A Dream” from the inspiring film Freedom Writers. He took his convictions to the big screen when he played famous civil rights leader James Bevel in the critically-acclaimed Selma. Common’s biggest contribution to the film, though, was the Oscar-winning, anthemic “Glory,” featuring John Legend.

As if all that wasn’t enough, he takes time out to visit prisons. Common got his Johnny Cash on with a concert at Folsom State Prison last fall and visited an L.A. prison with YG in December 2017.

Rosa Parks sat so Martin Luther could walk. Martin Luther walked so… Diddy could run? It sounds silly, but Puffy put himself through mental and physical pain he said he had never experienced to raise $2 million for New York’s public school system, his youth organization Daddy’s House, and the Children’s Hope Foundation.

Sean Combs put himself through eight weeks of rigorous exercise and dieting, but still spent much of the race pushing through leg cramps. Puff’s pain was the youth’s gain.

Even when Barack Obama was president, Cole didn’t want no picture with him. He just wanted to talk to the man. That’s because Cole is fueled by an urgency to change America’s racial, social and economic troubles. While other rappers sounded off on Twitter about Michael Brown’s killing by a police officer in Ferguson, Missouri in 2014, Cole walked right into the middle of civilian protests. “It matters,” he told Complex during an on-site interview. “It could have been you, it could have been me, it could have been our best friends, it could have been whoever.”

Last summer, Cole also spent a day with San Quentin lifers to talk about their experiences and offer encouragement.

Lecrae Moore is the most prominent rapper to emulate the faith of the devoutly Christian Dr. King. The Reach Records founder partnered with Dwyane Wade and Joshua Dubois for This is Fatherhood to create an emphasis on fatherhood in America. They also created The Fatherhood Challenge in 2013, a contest for men to submit videos, essays, photos and original songs expressing what being a dad means to them.

Crae also used his pen outside the studio to comment on the need for healing in the wake of the 2015 Charleston church shooting. “There is a great antagonist, and it does not have black or white skin,” he wrote. “It is the brokenness of humanity. May a love that miraculously mends our brokenness be the protagonist.”

The year was 1998. Rap superheroes 2Pac and The Notorious B.I.G. had been murdered within the past two years and six months apart from one another. Someone needed to stop the violence, so Mos and Kweli teamed up as Black Star for an urgent, socially conscious album that decried killing and promoted peace. “Definition” found Mos rapping “1, 2, 3, Mos Def and Talib Kweli-ee-ee/They shot 2Pac and Biggie, too much violence in Hip Hop.”

Though Yasiin Bey and Kweli don’t share all of King’s politics or every facet of his Christian faith, their assertions of positivity and self-betterment on songs like “Thieves in the Night” sound like they could have come right out of one of Dr. King’s speeches. Hip Hop lived, and so did its heroes.

“The complete education gives one not only power of concentration, but worthy objectives upon which to concentrate,” Dr. King once said. will.i.am gave that power to more than 6,000 students with i.am STEAM, a branch of his i.am.angel foundation. STEAM stands for Science, Technology, Engineering, Arts, and Math. Its programs are in place in underserved communities such Boyle Heights, the neighborhood where will.i.am grew up in Los Angeles.

One such program, i.am.FIRST, brings cutting-edge robotics to classrooms. will.i.am commented on FIRST’s effectiveness, saying, “The experience that students gain and the values they learn in FIRST programs are crucial to creating the innovative problem solvers of tomorrow.”